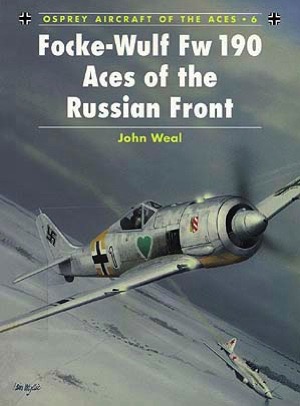 About this book
Of all the fronts fought on by the Jagdflieger during World War 2, the Russian, or Eastern, was easily the most lucrative in terms of targets for the experten. Marry an abundance of targets with the Luftwaffe's best piston-engined fighter of the war - Focke-Wulf's Fw 190 'Butcher Bird' - and it quickly becomes apparent why so many Jagdflieger achieved kills that passed the 100 victories mark. Flying in variable weather on a battlefront that was constantly changing, the Fw 190 pilots fought virtually to extinction in both the pure fighter and the crucial Schlacht ground attack roles. Aircraft of the Aces 6 and 37 are also available in a single volume as 'German Aces of the Russian Front'.