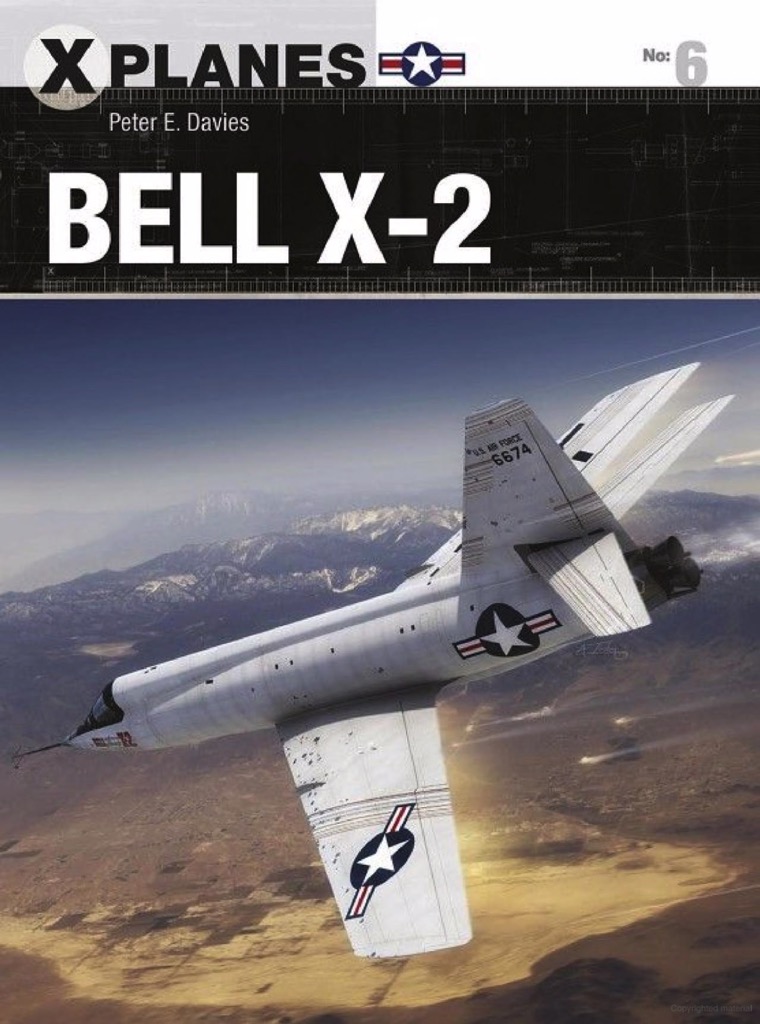 DISCONTINUED This product has been discontinued
and is no longer available.List price: $20.00
You pay: $14.49
(All prices in U.S. Dollars)

Manufacturer: Osprey Books
Stock Number: OSP XPL6
View all products of type "X-2"
Even before the spectacular success of its X-1 rocket-powered aircraft in breaking the 'sound barrier', the adventurous Bell Aircraft Corporation was already pushing ahead with a parallel project to build a second aircraft capable of far higher speeds. The X-2 (or Model 52) explored the equally uncertain technology of swept-back wings. Now common in modern conventional fighter aircraft, the Bell X-2 was revolutionary in using this type of airframe to probe Mach 3 and research the effects of extreme aerodynamic friction heat on airframes.

Although both X-2s were destroyed in crashes after only 20 flights, killing two test pilots, the knowledge gained from the programme was invaluable in developing aircraft that could safely fly at such speeds. Using stunning artwork and historical photographs, this is the story of the plane that ultimately made the Lockheed Blackbird and Concorde possible.