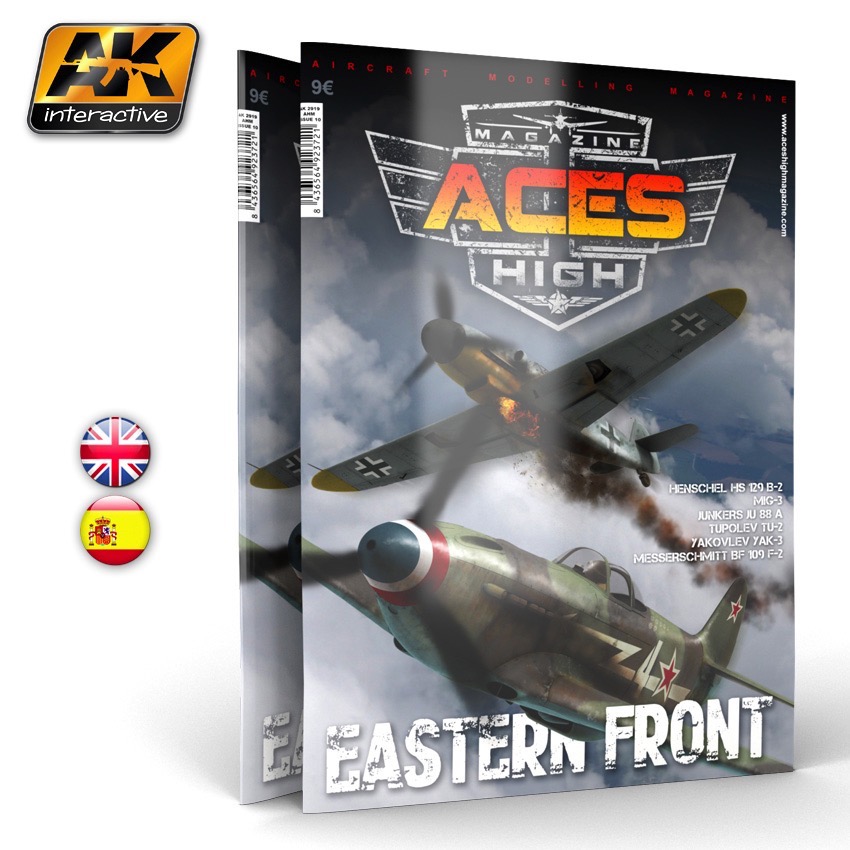 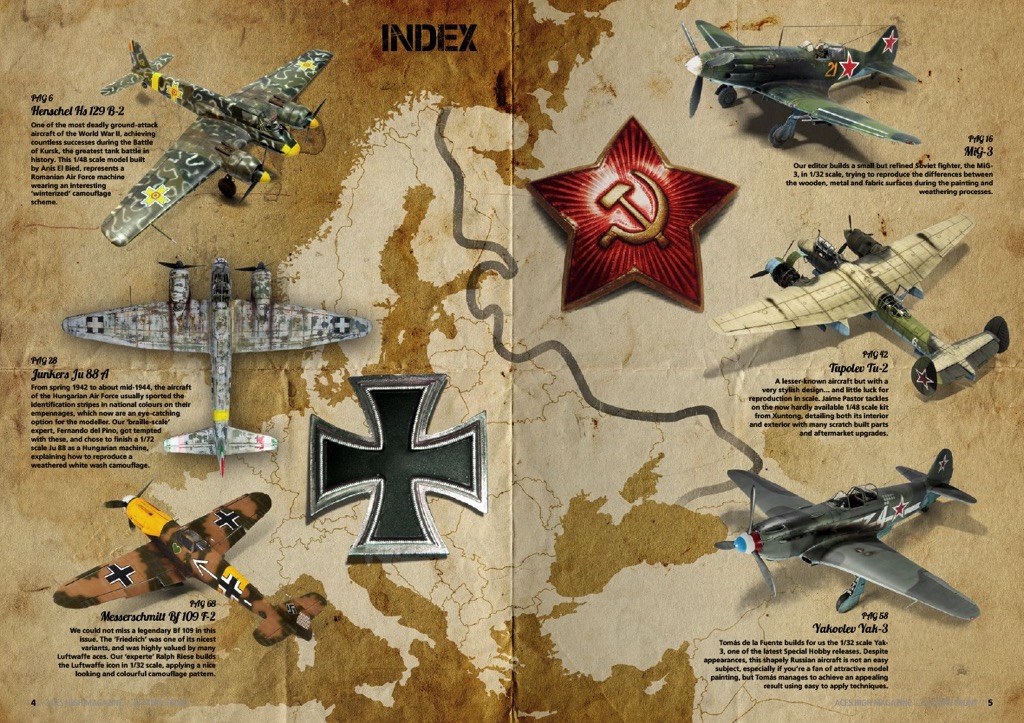 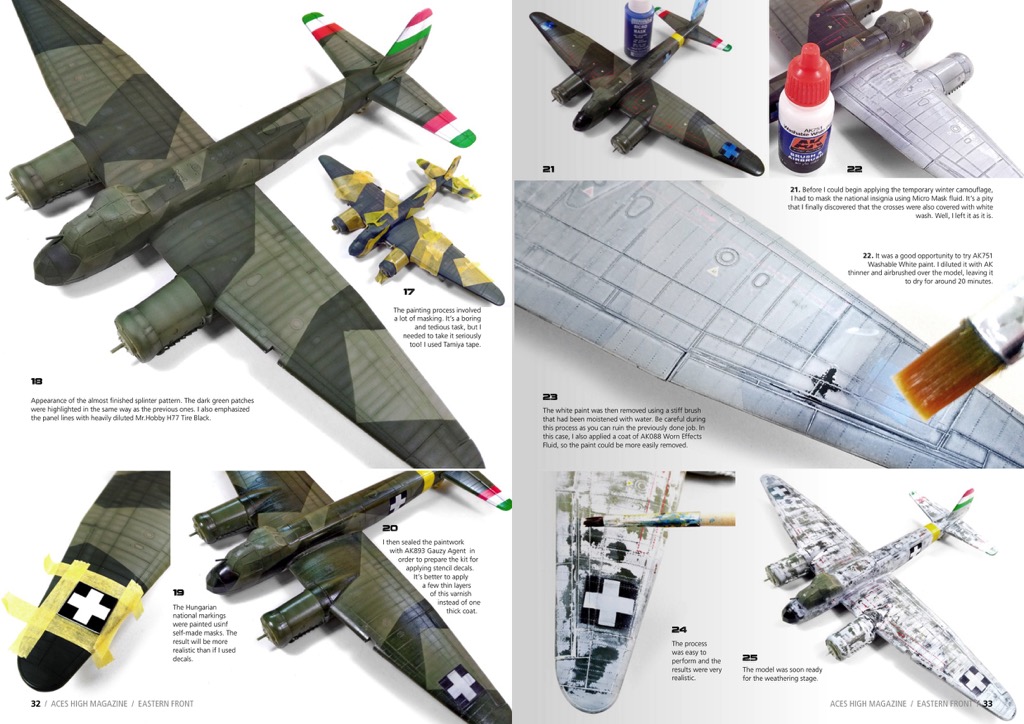 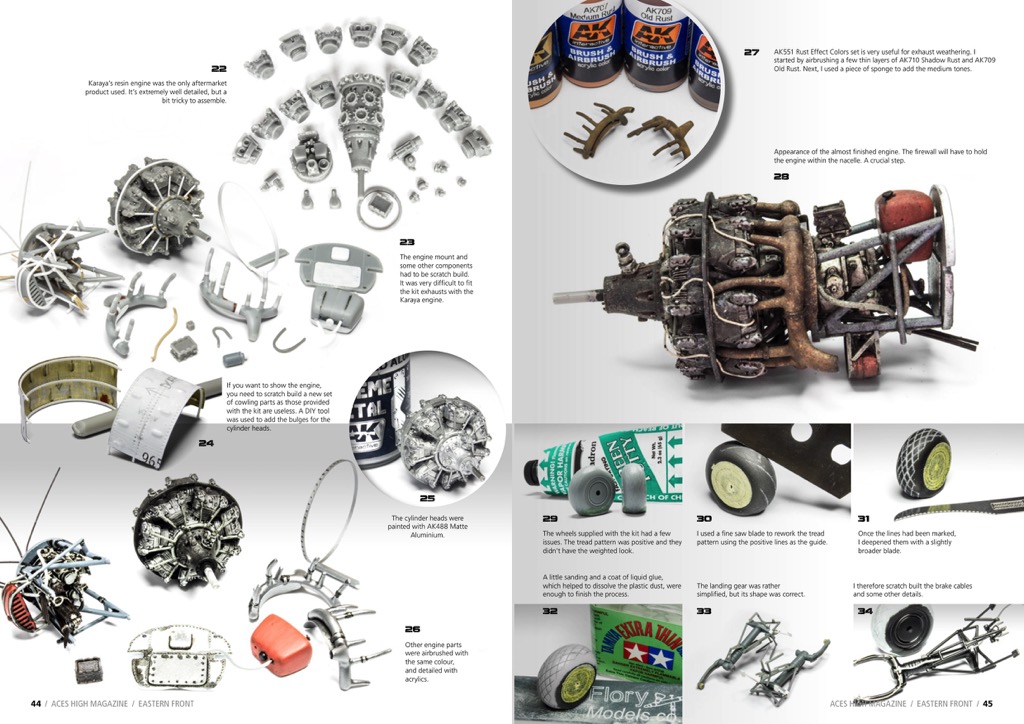 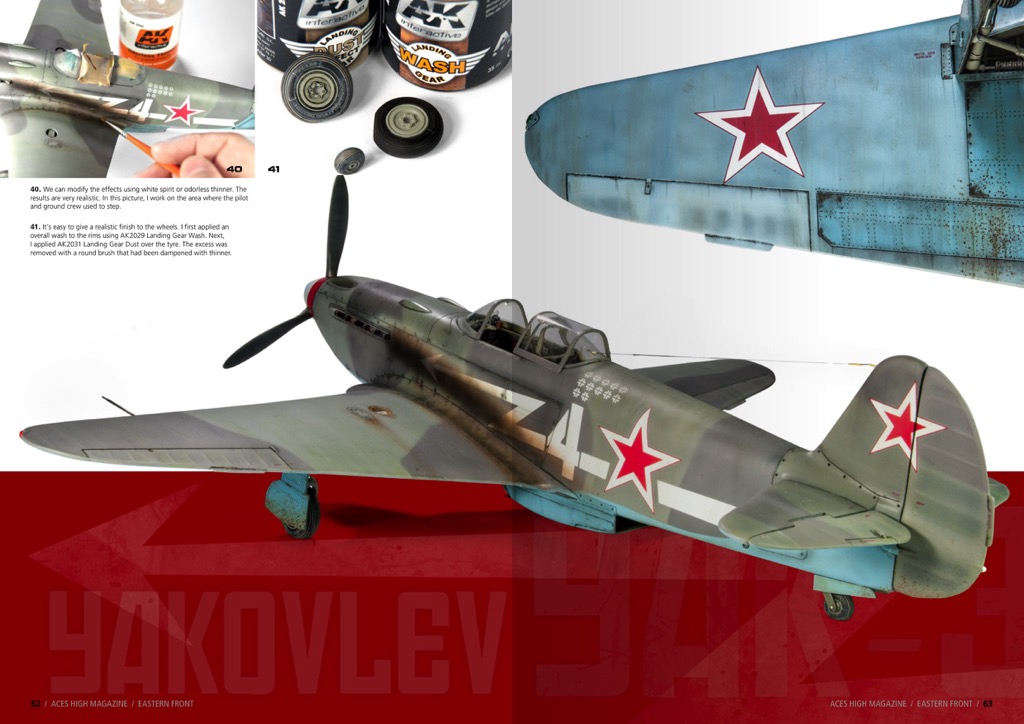 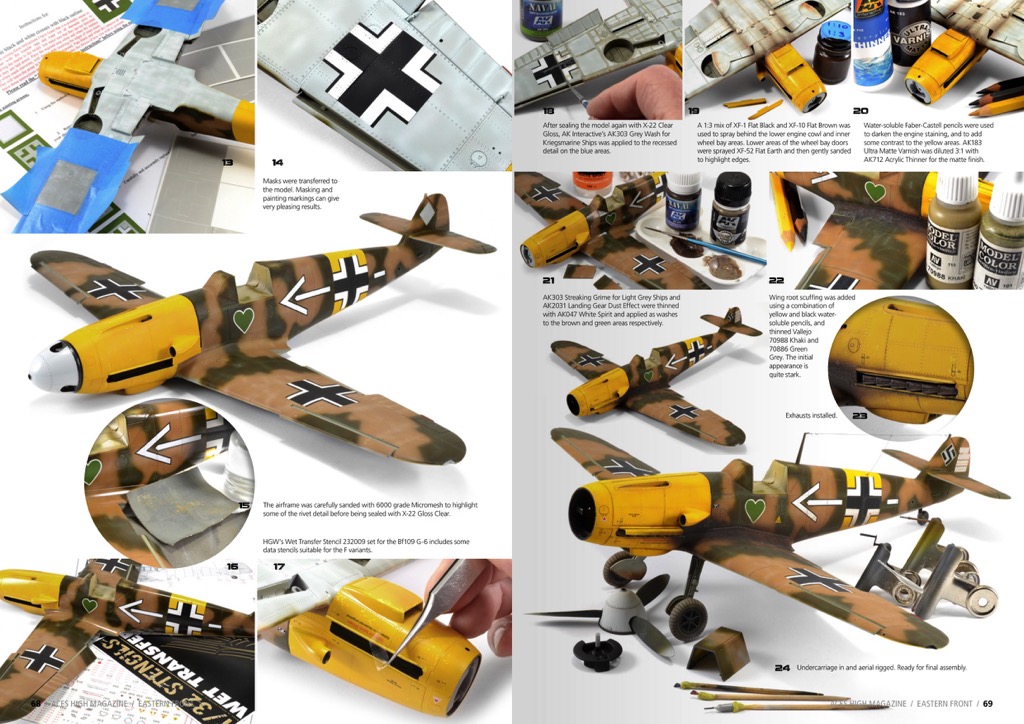 DISCONTINUED This product has been discontinued
and is no longer available.List price: $17.99
You pay: $13.39
(All prices in U.S. Dollars)

Manufacturer: AK Interactive
Stock Number: AKI AH10
View all products of type "Ju-88"
View all products of type "Me-109"
EASTERN FRONT as the Germans called it or the GREAT MOTHERLAND WAR as the Russians knew it, the FRONT OF THE EAST was the biggest and main front of the Second World War in Europe where giants such as Hitler's Germany and Stalin's Russia faced each other. ACES HIGH dedicates its 10th issue to this Front with the most mythical and unique planes of both sides with an interesting variety of decorations and scales.

Includes modeling tips and builds of: