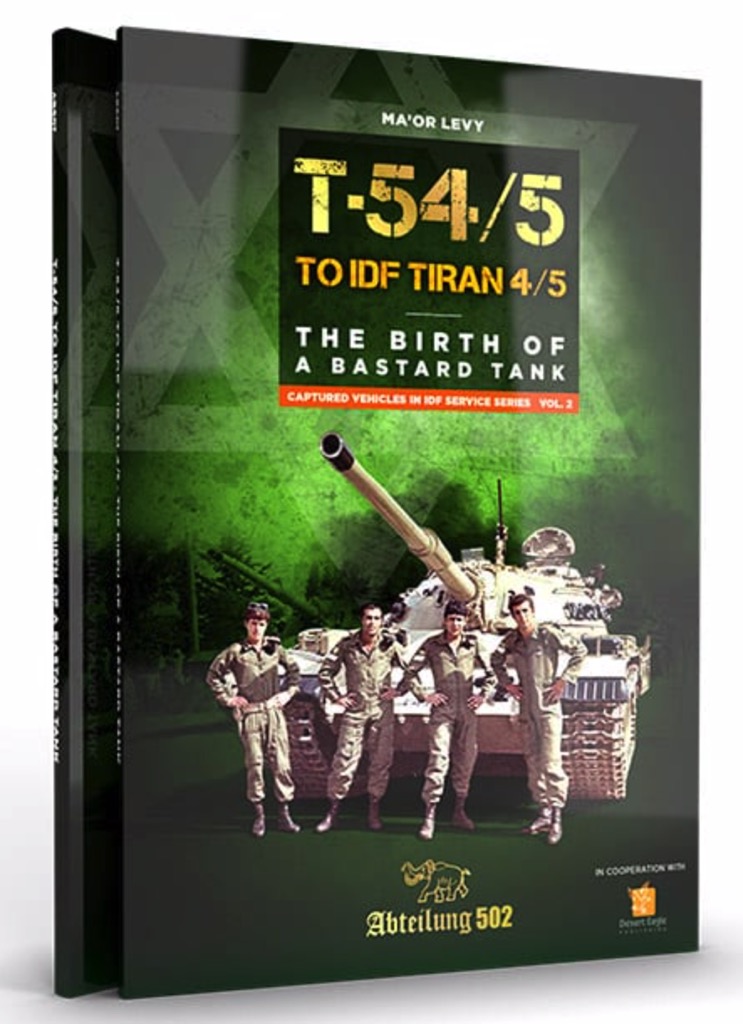 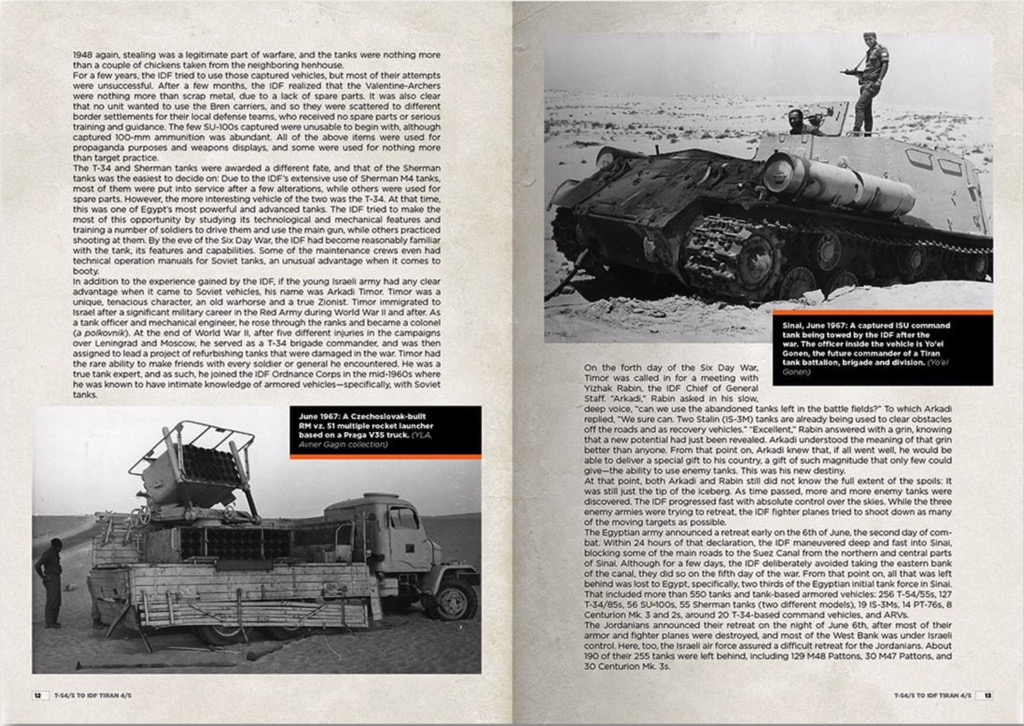 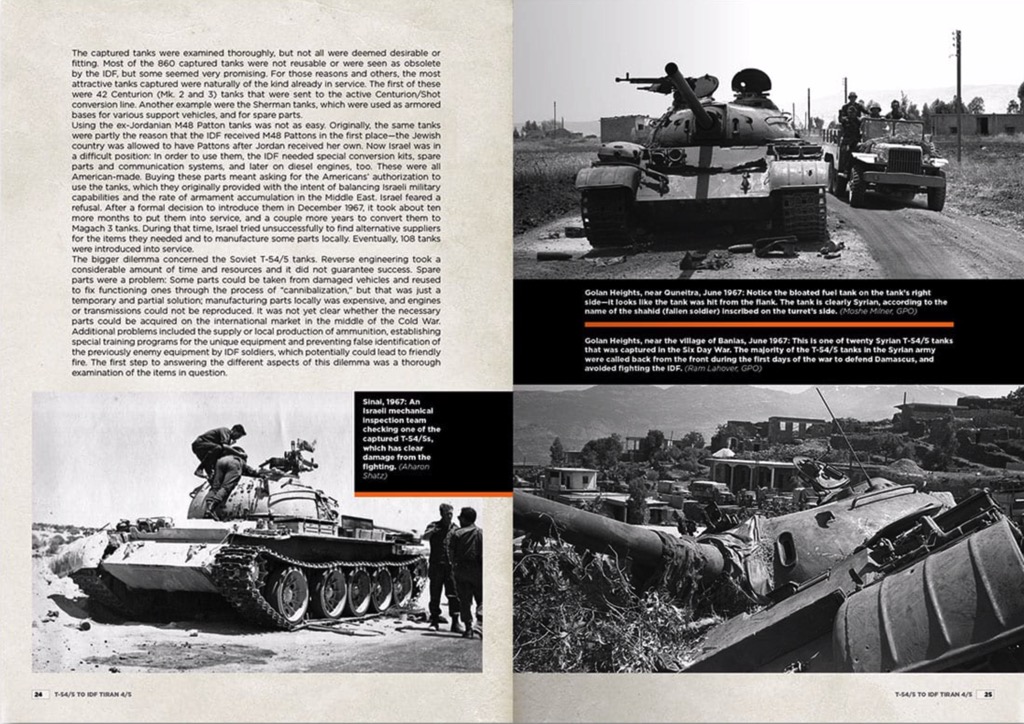 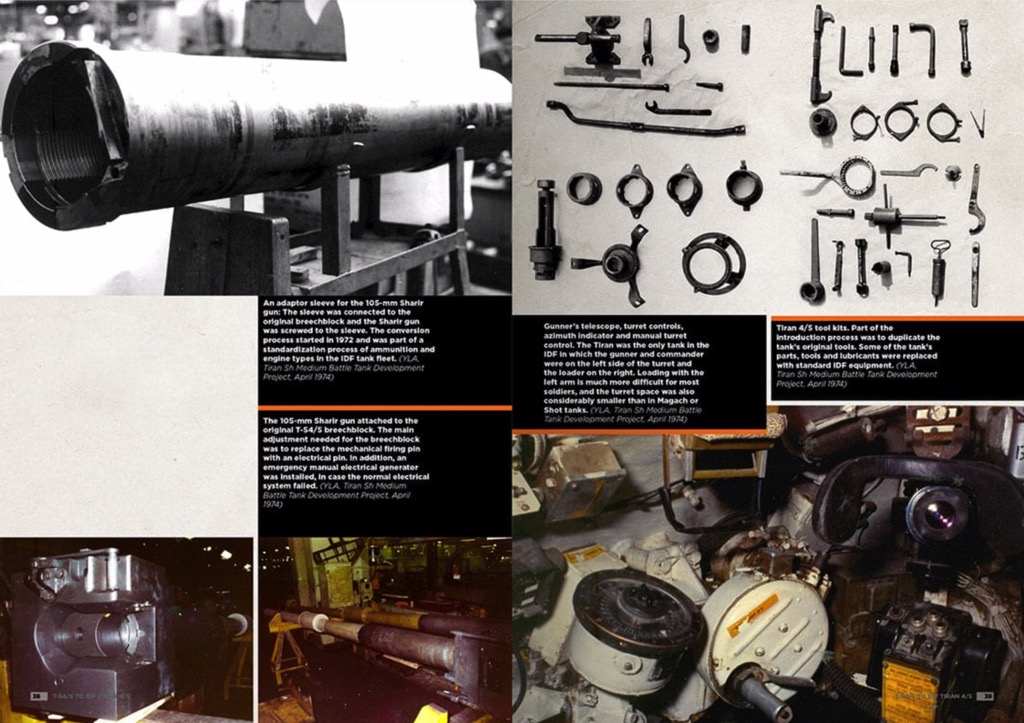 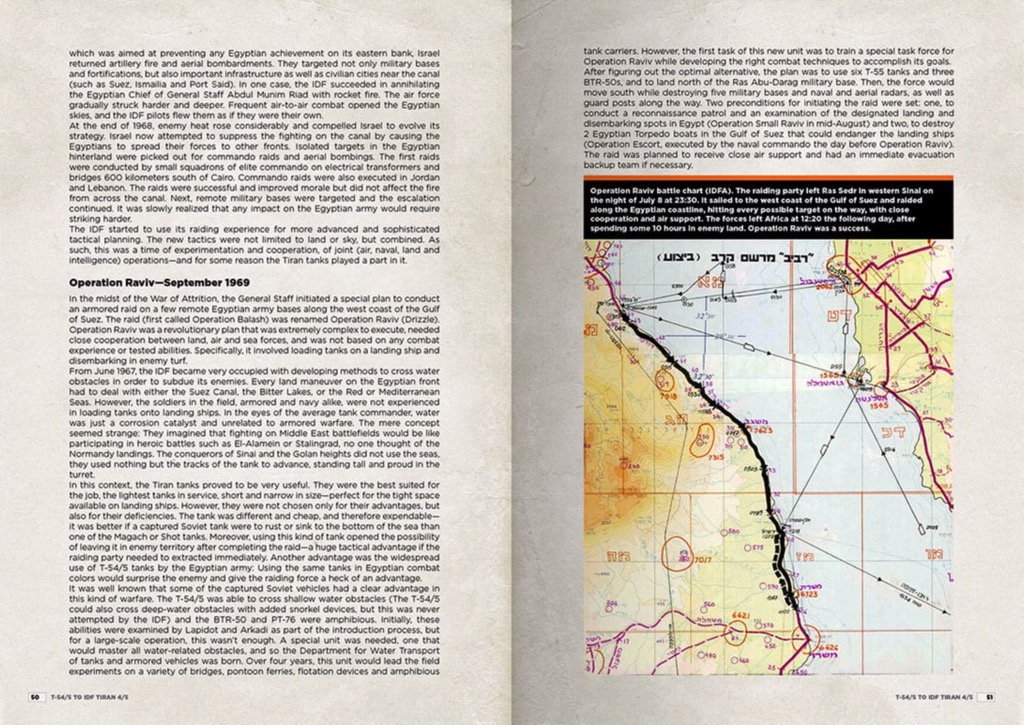 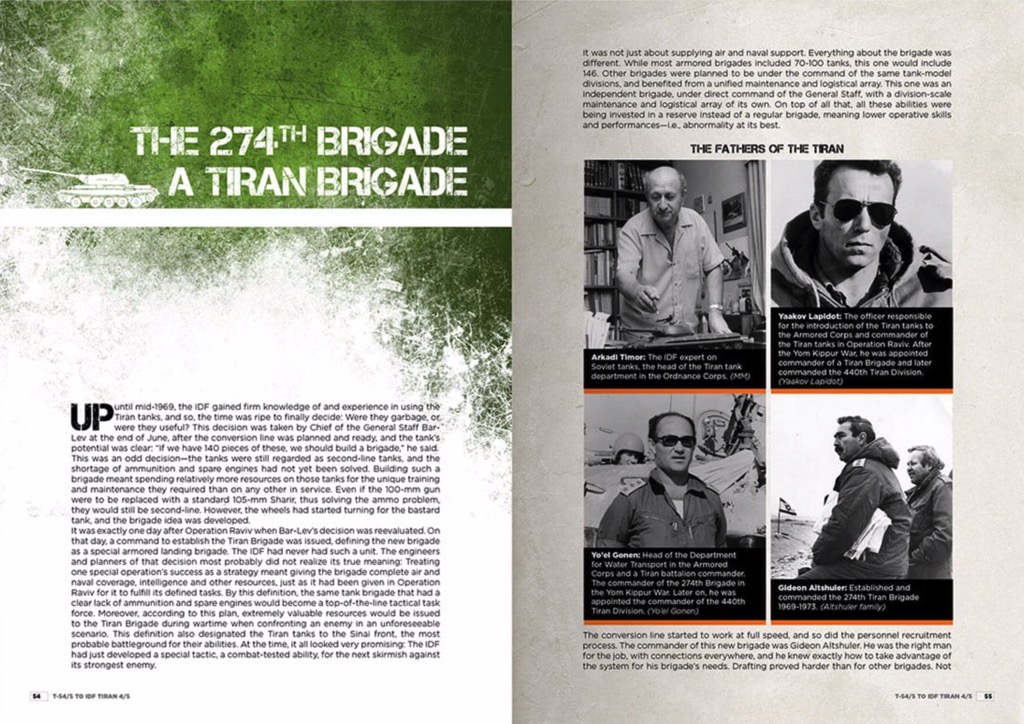 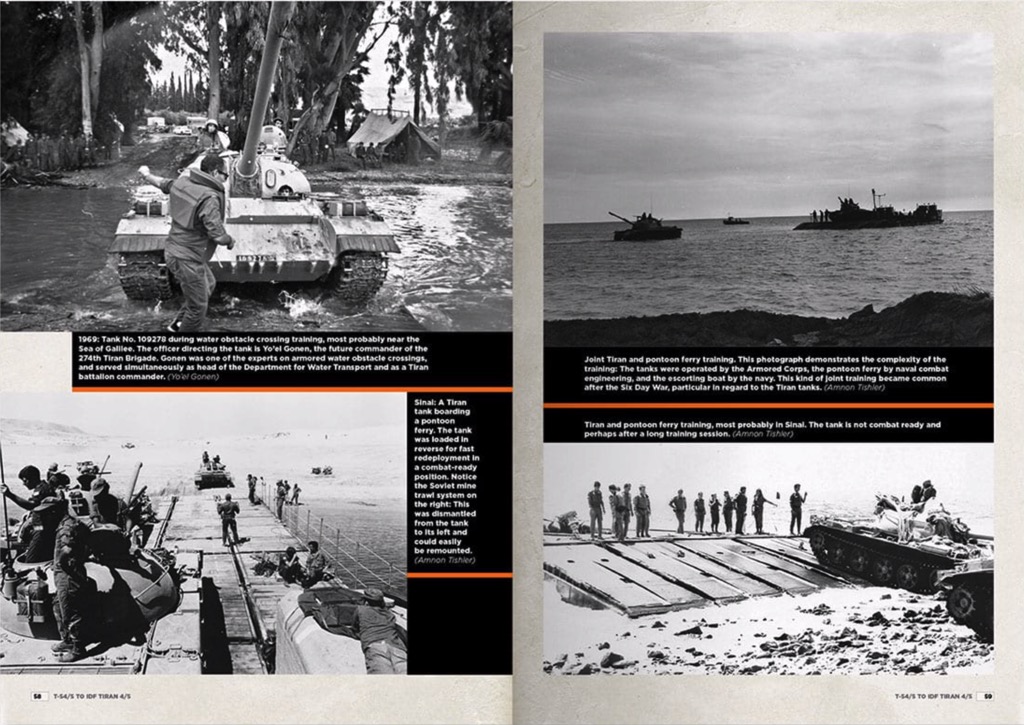 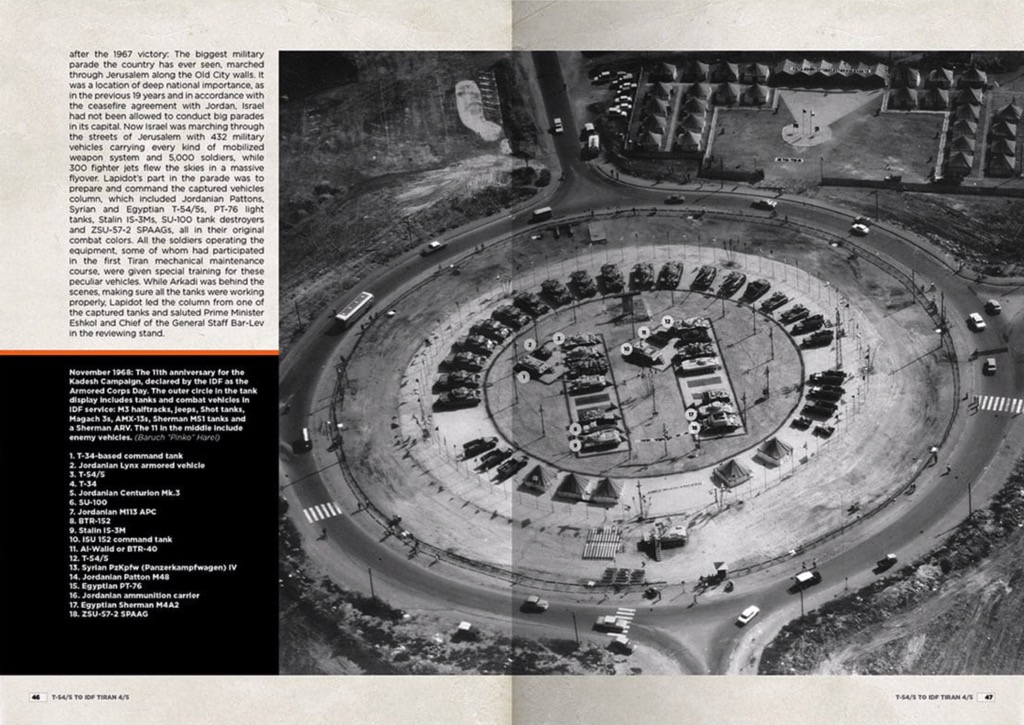 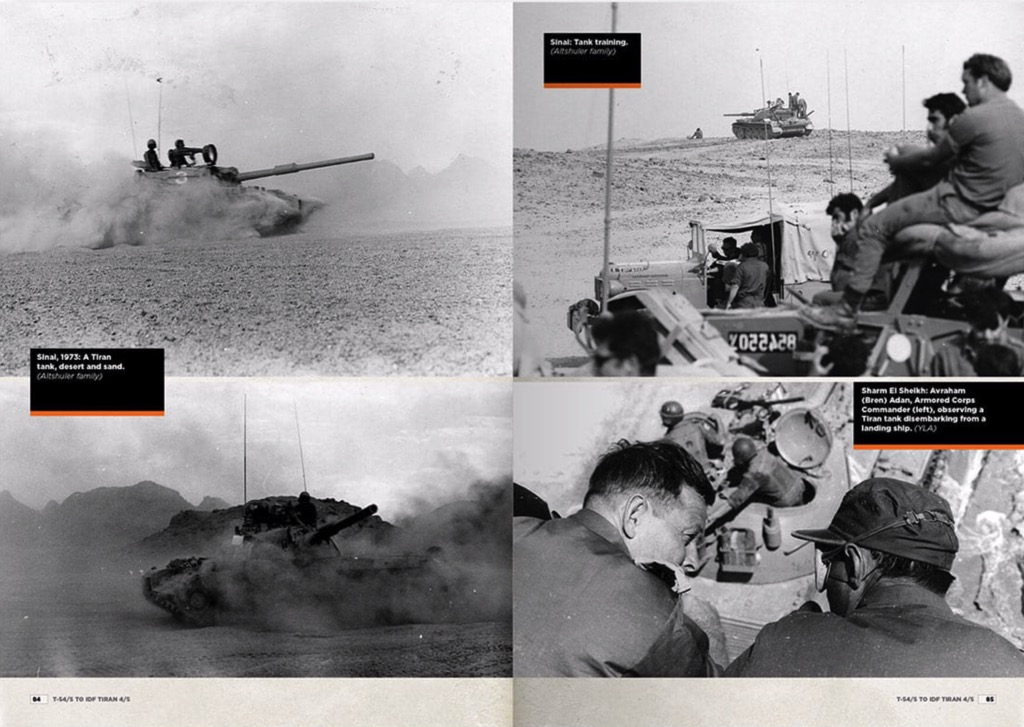 In the Six Day War, some 860 enemy tanks were captured by the IDF, including some 280 T-54/5 tanks. Within a few years, 146 of them were introduced into service as Tiran 4/5. This book tells their story, a story of the only army that introduced a great number of enemy tanks into prolonged service. The Tiran tank did not really suit the IDF's needs. It was in many ways a bastard tank. However, the IDF creatively tried to take advantage of all that it had to offer. It was used like no other tank-as a low-grade "bonus" reserve tank unit for wartime, as a mine-clearing tank, as a unique tool for special operations, and as an artillery cannon designated for destroying SA-3 anti-air missile batteries. After many alterations, the tanks were eventually incorporated in a Tiran 4/5 brigade, as part of a special tactical task force designed to conduct an armored maneuver in the Egyptian flank.Abteilung 502 and Desert Eagle Publishing bring us the second volume of the Captured Vehicles in IDF Service Series. A new series for those who build models, love tanks and like history. The series focuses on the widespread and unique use the IDF made of tanks and armored vehicles captured in Israel's wars with its Arab neighbors. The series is based on academic research, official IDF documentation, and interviews conducted with soldiers and officers who used these vehicles in real time. An amazing book that will surprise you.