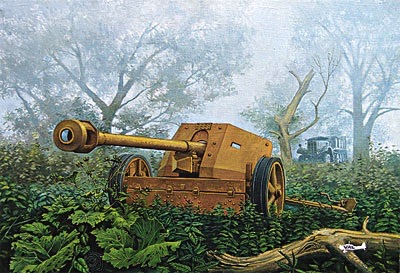 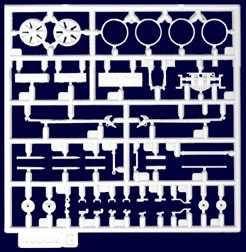 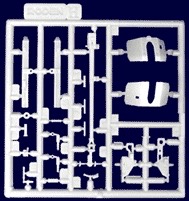 DISCONTINUED This product has been discontinued
and is no longer available.List price: $13.00
You pay: $9.39
(All prices in U.S. Dollars)

In 1938 the Germany Ministry of Armament issued a technical order to Krupp and Rheinmetall for the production of a 75mm anti-tank gun. As a result of comparative tests which took place in 1940, Rheinmetall's model was judged to be the best one.However, the concept of the heavy cannon did not correspond with that of Blitzkrieg and in 1940 the PAK-40 was not accepted. The PAK-36, a 37mm gun, had won a fair reputation against weaker tanks in the fighting in Poland and in France, and of course the heavy and less maneuverable PAK-40 seemed superfluous against that background. Thesituation completely changed after the invasion of the Soviet Union. The easy-to-handle but small caliber PAK-36 was powerless against the T-34 and especially the KV tanks. However, during the first few months of the War in the East, when the Soviet Army retreated in panic before the German onslaught, the consideration of the PAK-40 question was again postponed. It was only in the winter of 1941, when it became evident that another Blitzkrieg was not going to happen, while T-34 and KV tanks were growing ever more numerous, that there was an urgent decision in favor of immediate mass production of the PAK-40. The rearmament of anti-tank artillery units with the PAK-40 lasted the whole of 1942,and at the beginning of 1943 it became the standard anti-tank gun of German troops. This weapon proved its effectiveness in numerous battles and its production multiplied every month. Overall more than 23,000 guns of the type were produced, and a few thousand more were installed on various types of wheeled and tracked chassis. A largenumber of PAK-40 were delivered to different German satellites; Hungary, Finland, Bulgaria and Romania. And a significant number of captured PAK-40's were used by the Red Army.