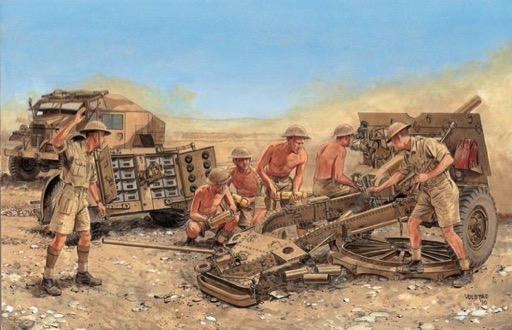 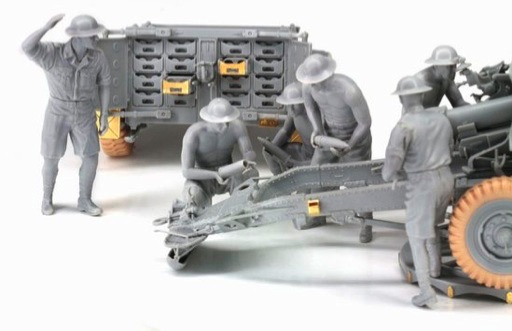 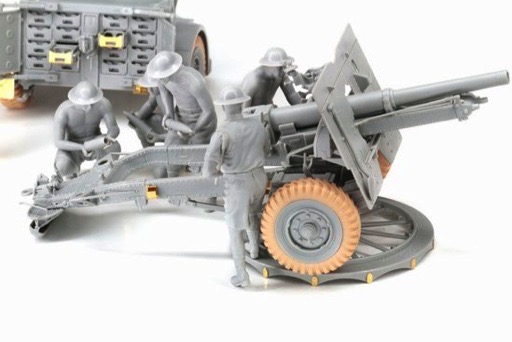 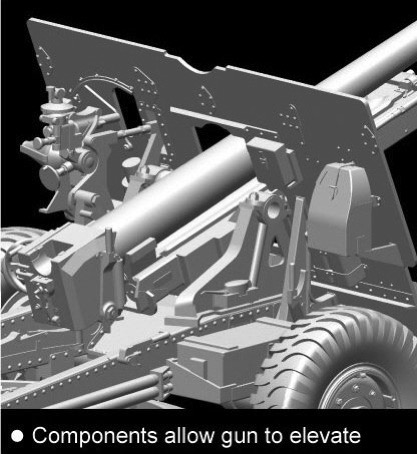 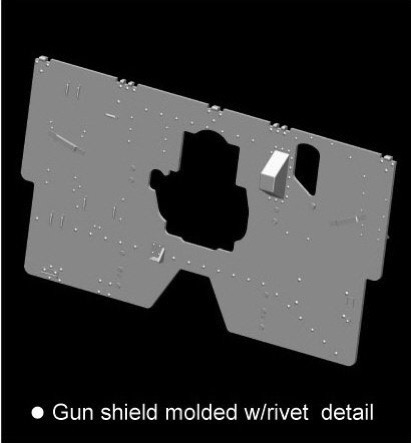 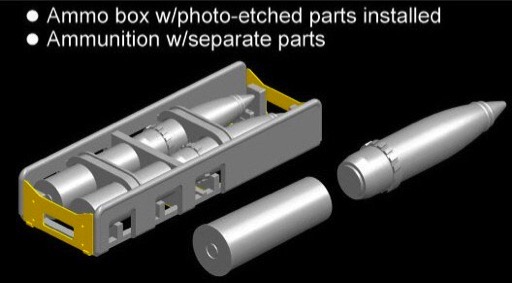 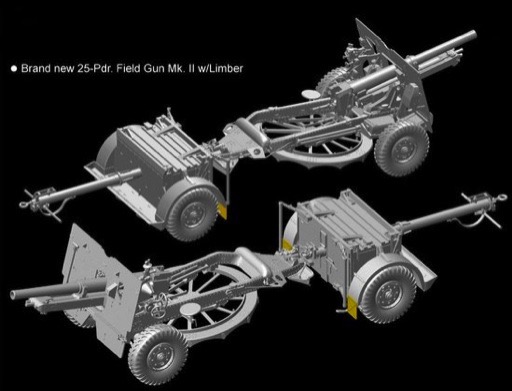 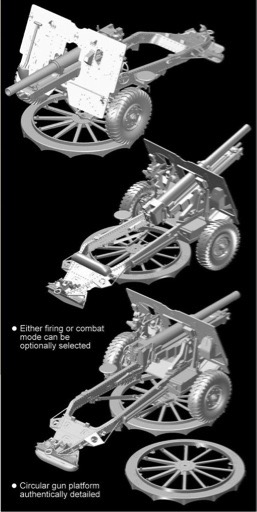 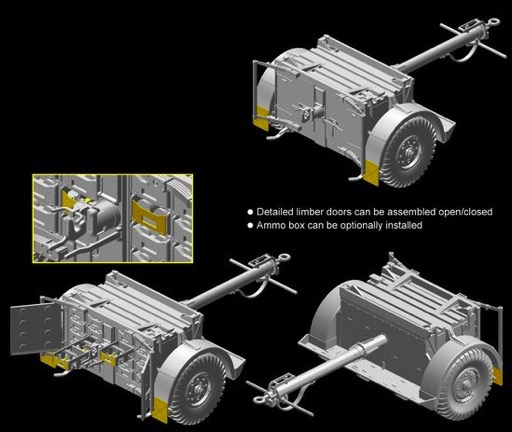 DISCONTINUED This product has been discontinued
and is no longer available.List price: $55.98
You pay: $37.99
(All prices in U.S. Dollars)

Features: Known officially as the "Ordnance QF 25 pounder", this artillery piece was the workhorse of British and Commonwealth field artillery units during WWII. The name came from the fact that the weapon fired a 25-pound shell, and "QF" stood for "Quick Firing". The 25-pdr entered service in 1940, and many consider it the best towed field gun of the war owing to its high rate of fire, lethal shell and good mobility. A total of 13,000 25-pdr guns were built worldwide, with the Mark II being the most common variant used in WWII. For transport, the 1,633kg howitzer was often hitched to an ammunition limber (known as the "Trailer, Artillery, No 27") containing 32 rounds. Both pieces were then typically towed by a 4x4 Field Artillery Tractor. The six-man gun crew comprised the detachment commander, breech operator, layer, loader and two ammo handlers.

Dragon is offering a fantastic new kit of this famous British field gun. The model depicts the standard 25-pdr Mark II version. The 1/35 scale miniature was carefully researched using original guns as references, thus giving the model unparalleled levels of accuracy. Not only is the gun precisely dimensioned and detailed, but as a Smart Kit it offers an excellent balance of easy assembly. Wherever possible, components are separated into as few pieces as possible thanks to the widespread employment of slide-mold technology. Furthermore, the gun comes with its associated ammunition limber. This limber features two open doors that open to reveal the interior ammo storage trays. The storage area is faithfully reproduced and extremely easy to assemble. As if that isn't enough, Dragon also provides a complete gun crew of six men. As their uniforms and state of dress shows, they are perfect for a North African diorama scene. All in all, this is the definitive 25-pdr kit for modelers.