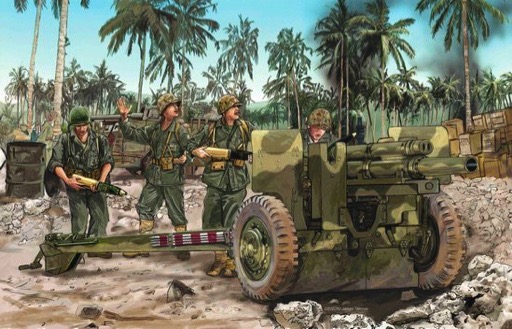 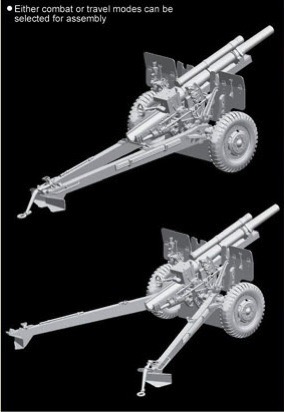 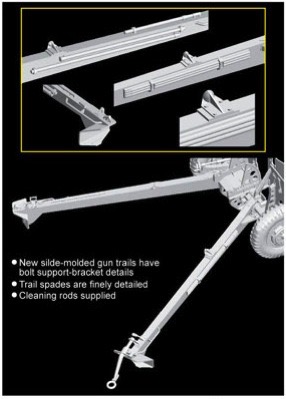 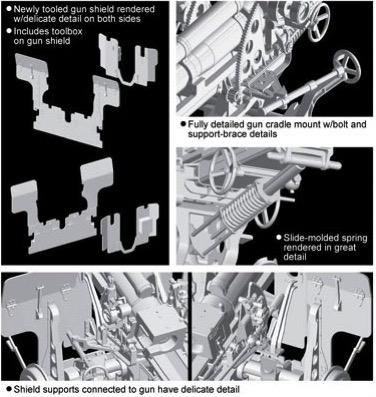 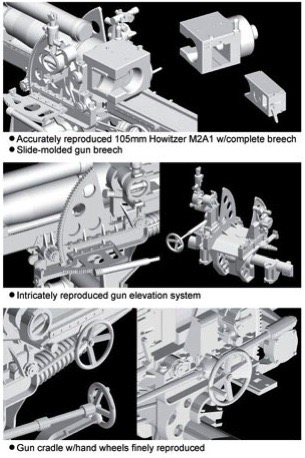 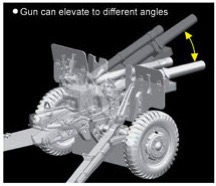 Features: Produced from 1941 onwards, the M2A1 105mm Howitzer was the workhorse of US Army and USMC artillery units in WWII. With more than 8500 M2/M2A1 howitzers produced, the type saw extensive combat in the European and Pacific theaters. Indeed, one in every five shells fired by the US Army in WWII was from a 105mm Howitzer. The gun had an 11.27km range. In the Pacific the 2260kg weapon was widely operated by the USMC, quickly gaining a reputation for its accuracy and potency. The M2A1 was an improved version of this field gun that had a modified breech, while the new M2A2 split-trail carriage had a larger gun shield, and an enclosed screw traverse system. This howitzer was typically operated by a crew of eight men, and it was usually towed by a 6x6 2.5-ton truck.

In 2009 Dragon released a 1/35 scale kit of an M2A1 Howitzer on an M2A1 carriage, but the latest kit offers something a bit different. While the new 1/35 plastic kit depicts the same well-engineered and accurate gun, it is now mounted on the later M2A2 carriage. Furthermore, it is configured as a USMC weapon in use in the Pacific theater of WWII. Thus, it comes with a sharply sculpted and realistically posed four-man Marine gun crew. The brand new gun carriage is well crafted and fully detailed, with precision components that fit together with ease. The inclusion of the Marine gun crew means modelers can create a firing position immediately, with this M2A1 105mm Howitzer ready for an urgent fire mission against enemy positions!