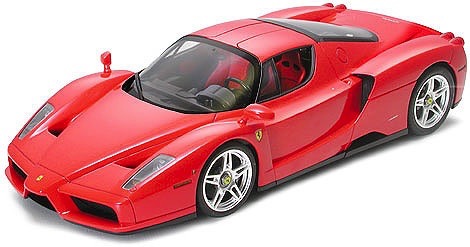 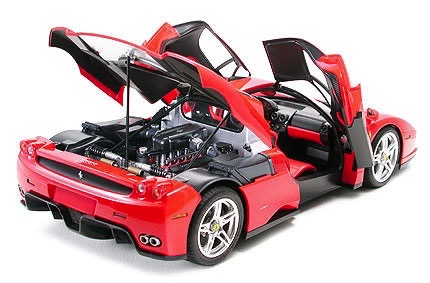 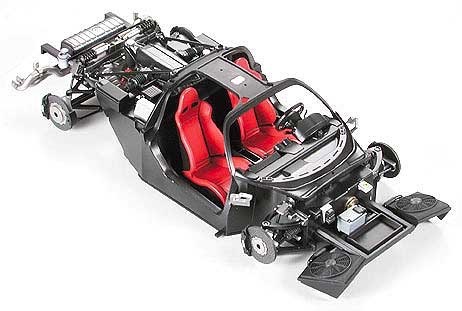 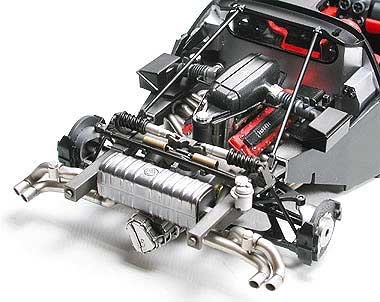 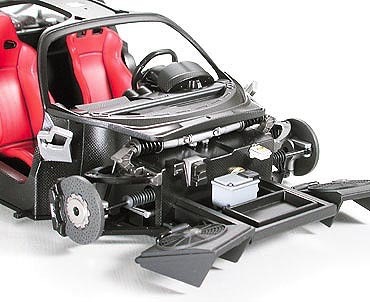 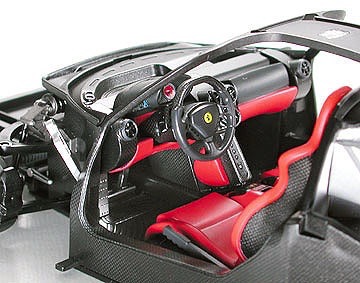 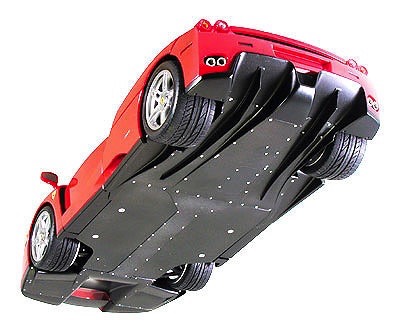 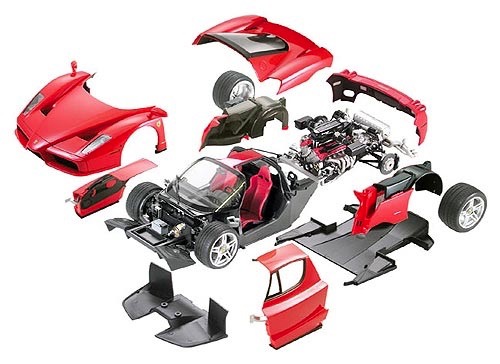 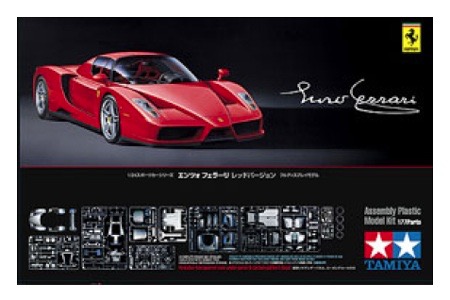 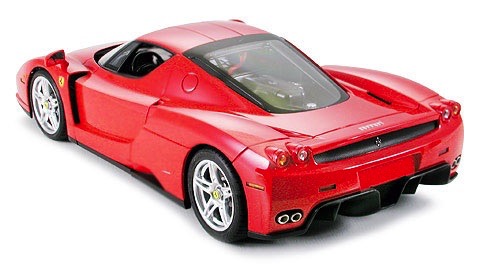 Ferrari's latest sports car flagship, which appeared on so many magazine covers and gathered unprecedented attention, the Enzo Ferrari now comes replicated as a 1/24 scale model. The latest techniques in 3D CAD were used to turn all the data on the actual car gathered in Ferrari's factories in Maranello in Italy into an accurate model.

Full Display Model for Enthusiasts
The graceful and aerodynamical form of the actual Enzo Ferrari has been accurately portrayed. All the genius of Pininfarina has been rendered. Every detail, even those not visible on pictures such has the underpart of the car, have been replicated. The V12 engine has also been replicated down to the finest details and will remain viewable thanks to a cowling that can be displayed in the opened or closed position.

Doors Displayed in the Opened or Closed Position
One of the most noticeable features of the Enzo are the doors. Thanks to 2 hinges in their front part, the doors open upwards. This feature just brings a completely different appearance to this marvelous car when in the opened or closed position. Moreover, the interior with gear changing paddles placed on each side of the steering wheel, bucket seats and the two foot pedals is reproduced down to the finest details giving a striking feel of realism.

This Model Takes You to the Assembly Line
The assembled engine is mounted on a sub-frame that is then attached on the chassis main frame. Moreover, the body panels are fixed to the car the same way as the actual car and will make you feel like being part of Ferrari car assembly staff. The Brigestone Potenza RE050A tires, specially designed for the Enzo, have been accurately replicated.

Enzo Ferrari graceful form accurately rendered
The Enzo Ferrari's graceful form has been perfectly replicated. The latest techniques in 3D Computer Assisted Design were used to turn all the data on the actual car gathered in Ferrari's factories in Maranello in Italy into an accurate model. Moreover, orange transparent parts for turn signals and red transparent parts for taillights are included in kit.

About the Enzo Ferrari
In September 2002, Ferrari officially introduced the all new Enzo Ferrari at the Paris Auto Show. The revolutionary all-carbon fiber body of this sports car, that has the same name as Ferrari's founder uses design elements from the Ferrari F1 cars with an elongated nose sprouting vertical blades that integrate with large air intakes. Drive-by-wire electronic speed control is capable of shifting in 0.15 seconds. The car features 6-liter V12 engine (called the type F140) capable of delivering over 650 horsepower, reaching 67kgm of torque, and propelling the car to speeds of over 350kph. The Enzo Ferrari was made with not only speed, but also with superior down force aerodynamics in mind, hence the addition of a retractable rear-wing that affords 775kg of down force at 300km. And as for speed control, this stable stallion is the first road car to be equipped with state-of-the-art carbon-ceramic brake discs. Deserving of the name of Ferrari's founder, and setting a new vision for the future is the Enzo Ferrari.

About the model *Carbon pattern on completed model show by pictures has been recreated with paint. Carbon pattern decals are not included in the kit.