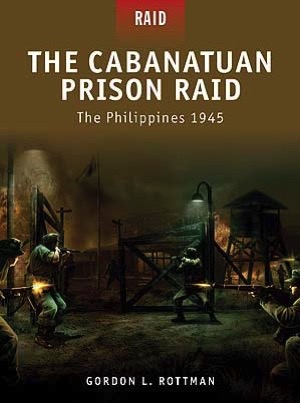 About this book
On 27 January 1945 the 6th Ranger Battalion and the 6th Army Special Reconnaissance Unit (the Alamo Scouts) began the most dangerous and important mission of their careers to rescue 500 American, British and Dutch prisoners-of-war held at a camp near Cabanatuan. This daring plan was fraught with difficulties - the rangers had to struggle with harsh jungle terrain, 30 miles behind enemy lines against a far larger force, knowing that if their secret mission was leaked, the POWs would be massacred by their captors. Yet, with the help of a Filipino guerilla force, they managed to liberate 513 prisoners and kill 225 Japanese in 15 minutes, while only suffering two losses themselves. Relive the dramatic rescue in this action-packed account, complete with bird's eye view and battlescene artwork. Gordon Rottman details the build-up to and execution of the operation, analyzing the difficulties faced and the contribution made by the guerrillas. This is a story not only of extraordinary military success but a compelling tale of courage in the face of overwhelming odds.