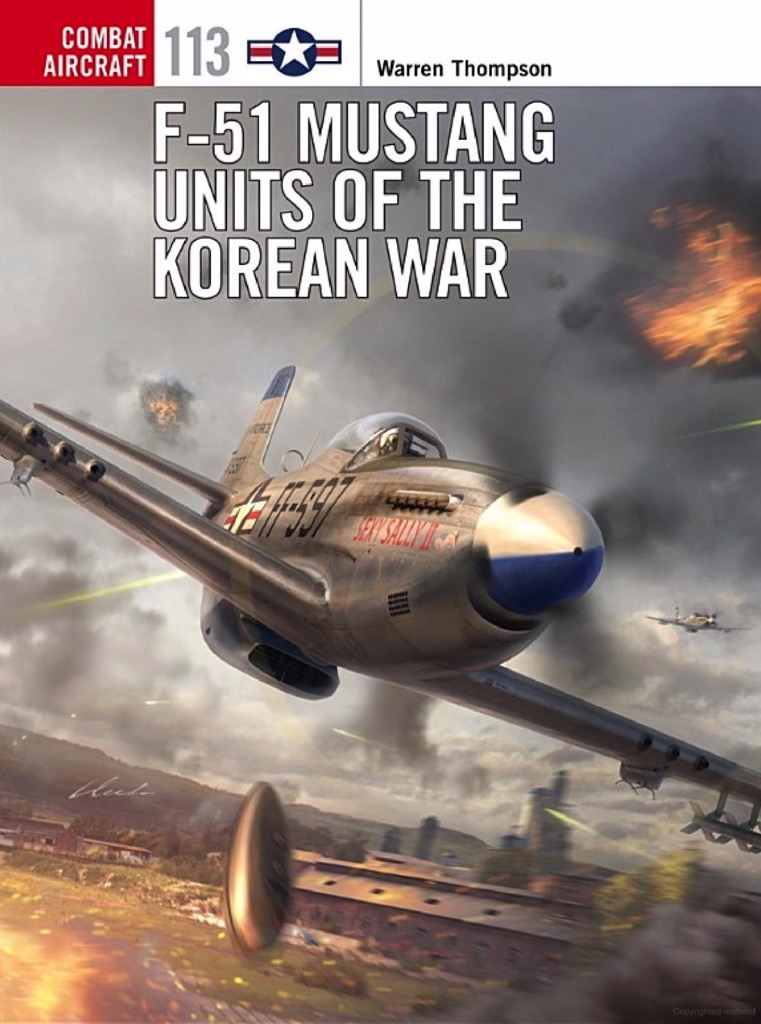 Manufacturer: Osprey Books
Stock Number: OSP COM113
View all products of type "P-51 Mustang"
View all products of type "Air Groups"
By the time the Korean War erupted, the F-51 Mustang was seen as obsolete, but that view quickly changed when the USAF rushed 145 of them to the theatre in late 1950. They had the endurance to attack targets in Korea from bases in Japan, where the modern F-86 fighters and other jets did not. Rather than the interceptor and escort fighter roles the Mustang had performed during World War 2, in the Korean War they were assigned to ground attack missions - striking at communist troop columns advancing south. This is the chronicle of the Mustang units that fought in the Korean War, detailing the type's involvement in a series of intense actions, its successes and its considerable losses. Drawing on meticulous research and gripping first-hand accounts from aircrew, this book explains how the faithful Mustang was able to roll back the years, fight, and prove itself in a new era of aerial warfare.