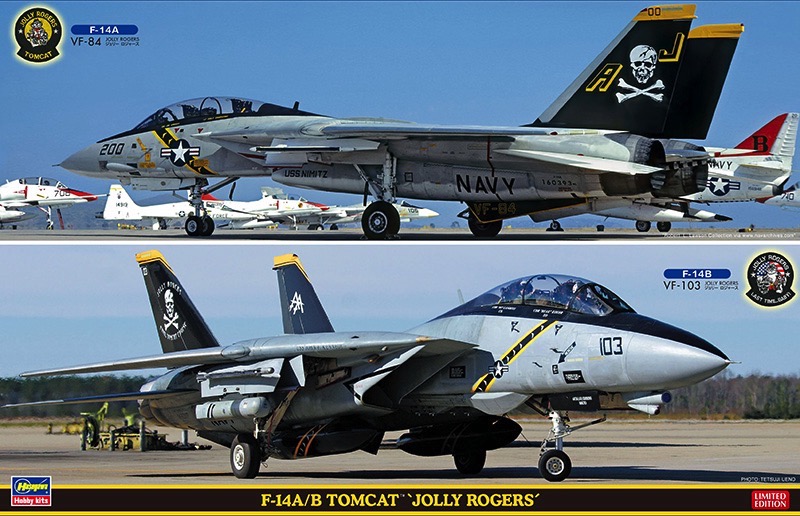 A full decade after the F-14 Tomcat was retired from service with the US Navy, it continues to catch the imagination of a generation. Its swing-wing style, incredible agility, and combat ability made it the most dominant aircraft in the sky for nearly thirty years. It was flown by both VF-84 and VFA-103-Jolly Rogers squadrons. This limited edition kit features decals for VF-84 Jolly Rogers aboard USS Nimitz in 1978, and VFA-103 Jolly Rogers aboard USS John F. Kennedy in 2004.