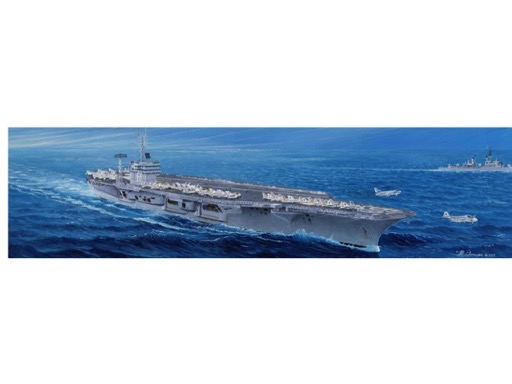 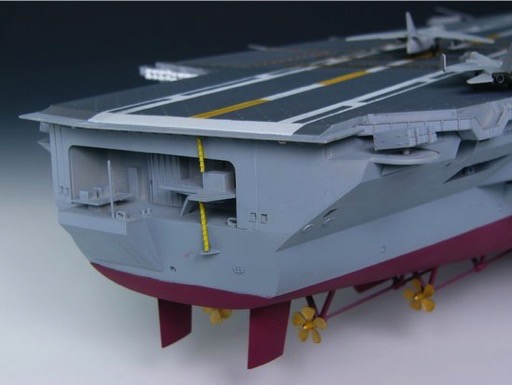 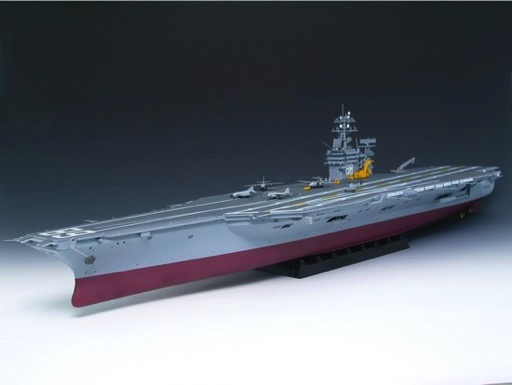 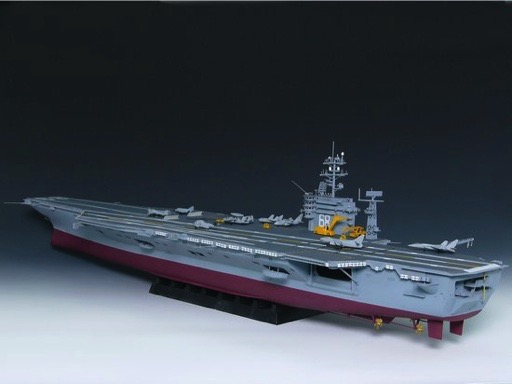 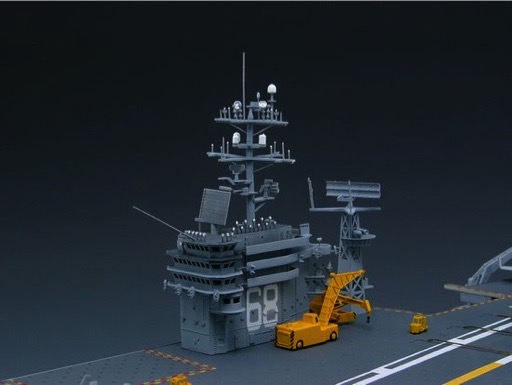 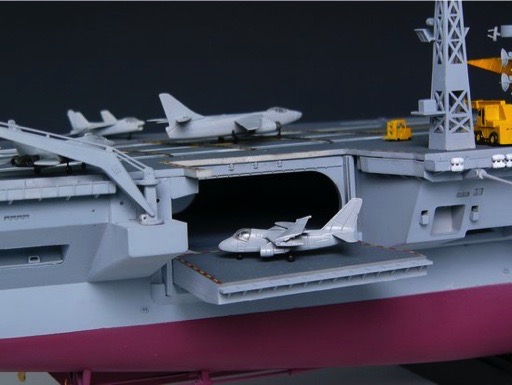 Includes 962 parts, with a metal hull frame and screws. Can be built with either a waterline version or full hull version. Includes 6 Phantoms, 3 Intruders, 6 Corsair IIs, 1 Hawkeye, 1 Vigilante, 2 Vikings, 2 Skywarriors, 1 sea King for a total of 8 types 22 aircraft with clear canopies, folding wings, a clear fuselage and folding rotor on the helicopter.

USS Nimitz (CVN-68) Largely completed by 1973, USS Nimitz was not commissioned until 1975 due to the late delivery of essential components for her nuclear powerplant. In 1975, Nimitz joined the Atlantic fleet, ending Enterprise's reign as the largest warship in the world. The carrier's flight deck is generally the same as that of the Kitty hawk, but with the cut-off forward flight deck first seen on the John F.Kennedy. Between 1975 and 1985, Nimitz made numerous cruises in the Atlantic and the Mediterranean. In 1980, the carrier made a round-the-world deployment. While in the Indian Ocean, she served as the sea borne base for the abortive Teheran hostage rescue mission, Operation Eagle Claw. At the start of the 1981 Mediterranean cruise, the F-14 made its air-to-air combat debut when two VF-41 Tomcats from Nimitz shot down two attacking Libyan Sukhoi su-22 fighters. In 1987, Nimitz transferred from the Atlantic Fleet to the Pacific Fleet, embarking Air Wing Nine which had previously been attached to the USS Kitty Hawk. Due to a shortage of F-14Bs, Nimitz's two Tomcat units transitioned back to the F-14A in early 1992.