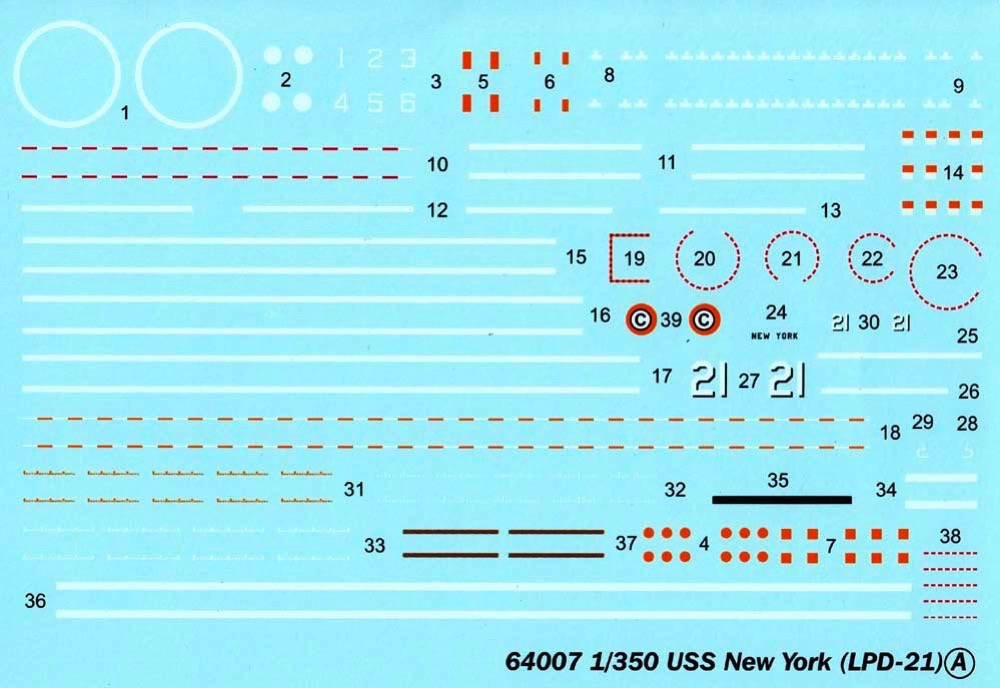 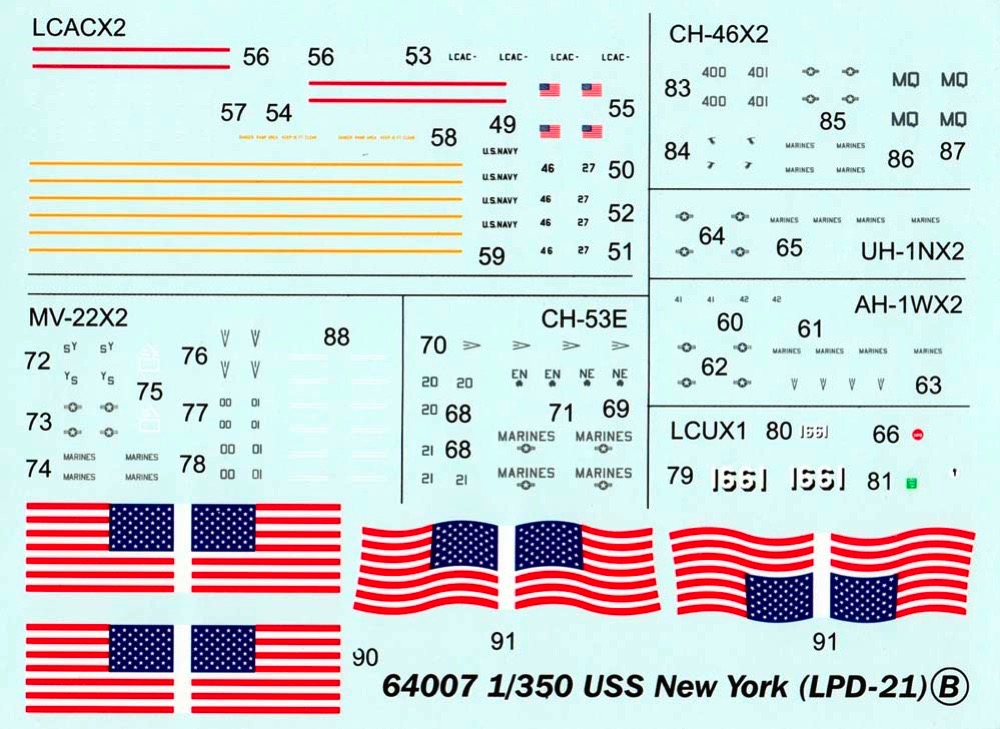 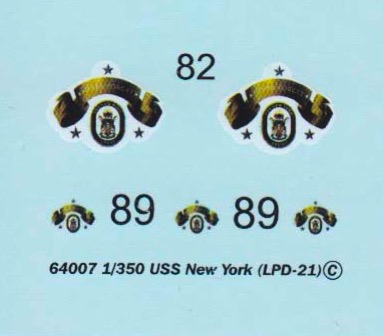 To honor the victims of 9/11, the bow was formed using about 7 tons of steel salvaged from the World Trade Center.

This is the only time this USS San Antonio-class ship has been kitted in large scale.

Total parts 712 . Breaking that down- Ship itself 406, Aircraft parts 108 Landing craft 79 and photo etched parts 119. Even a length of real chain for the anchors!

Gallery's models are remarkable in that they need no extra expensive aftermarket details to finish a smashing model. It's all there ready to go when you open the box- everything you could want. Pretty special from a buyer's perspective. Accessory equipment included: Ship's aircraft include: Some great features: