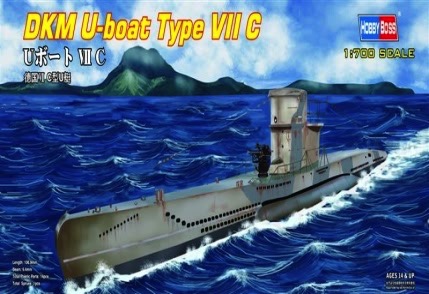 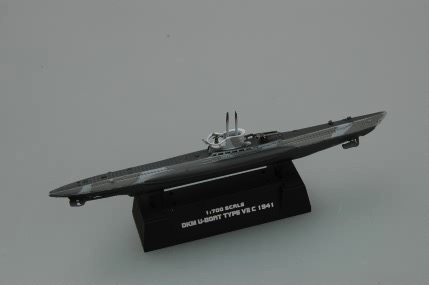 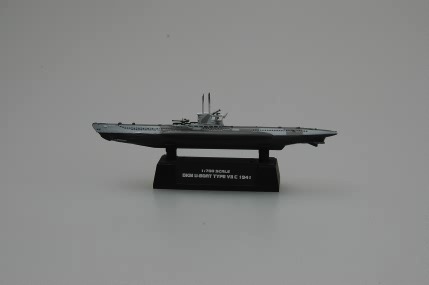 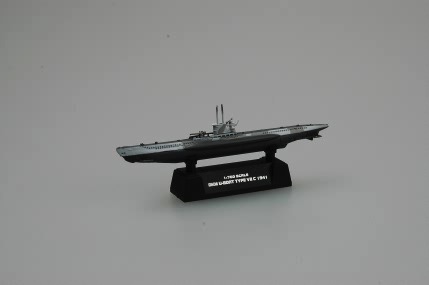 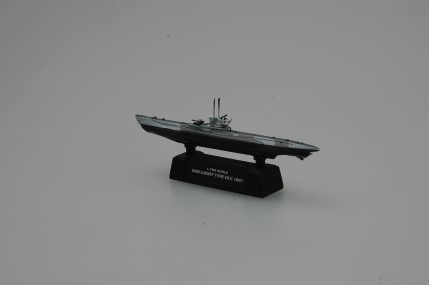 The Type VII U-boat, designed in secret during 1933-1944, were a new generation of German attack submarines. They had a much more powerful striking force than the Type II. They had five torpedo tubes, four in the bow and one astern and could carry eleven torpedoes onboard or 22 TMA (23 TMB) mines. They also had 88mm fast-firing deck gun and 20mm AA gun. At the beginning of the war, the 88mm deck gun was very useful in sinking merchant ships, enabling the more expensive torpedoes to be saved for larger and more valuable targets. These Type VII U-boats were the spark plug of the "Wolf Pack". Their production was in large members. At the same time, German Navy suffered the large losses of this force, losing 784 U-boat, of which 519 were Type VII U-boat.