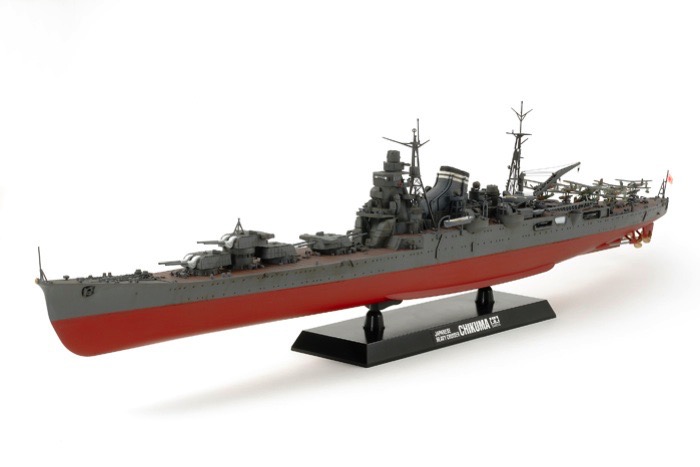 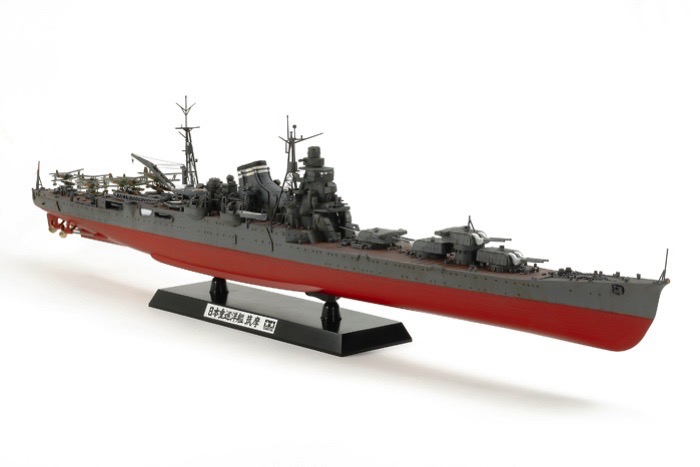 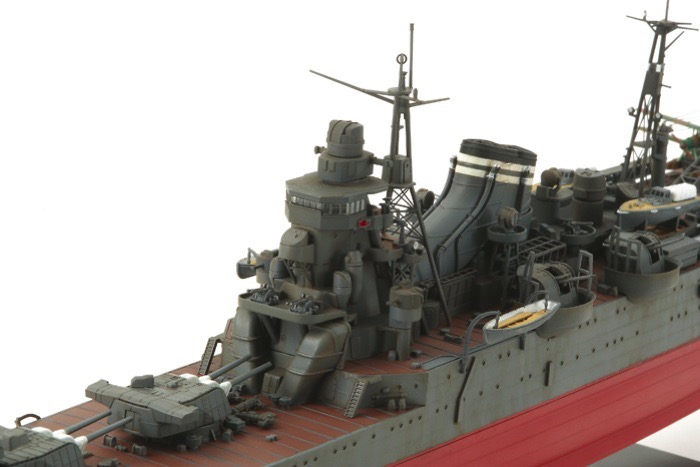 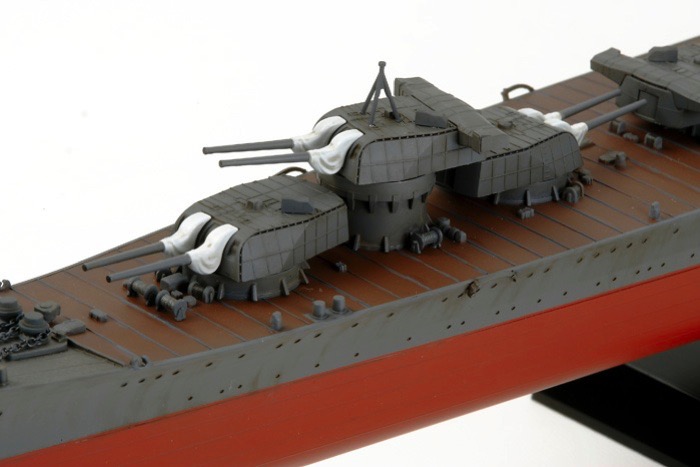 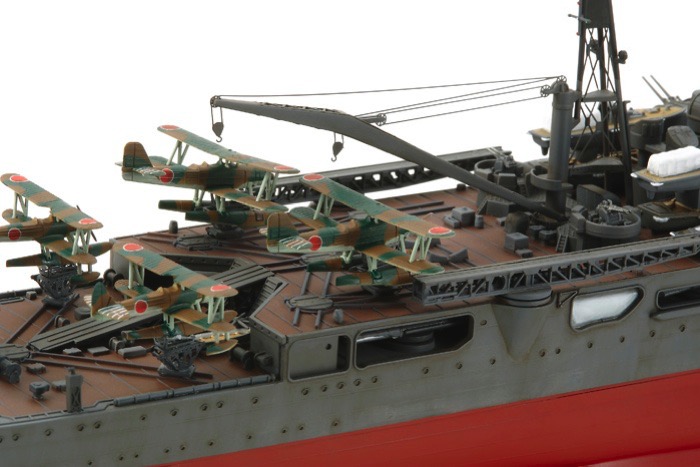 This is a highly detailed scale model replica in 1/350 scale of the Japanese Heavy Cruiser Chikuma.

Historical background
Chikuma was the last heavy cruiser the Imperial Japanese Navy constructed during WWII and was completed in May 1939 as the second ship of the Tone-class. Her four twin 20.3cm guns were located at the bow to enable unhindered operation of up to 6 floatplanes at the stern. Her design also enabled a top speed of 35 knots and a long range. She was assigned to the Carrier Mobile Fleet with her sister ship Tone. During the Pearl Harbor Attack in December 1941, her floatplanes carried out pre-attack reconnaissance over the Pearl Harbor, which greatly contributed to the IJN's success of the operation. She was also active during the Battle of Midway and the Solomon Islands campaign. During the Battle of the Leyte Gulf in October 1944, she was the flagship of Admiral Kurita's fleet and contributed to the sinking of the USS Gambier Bay but she was in turn damaged by torpedoes and scuttled off the coast of Samar Island.