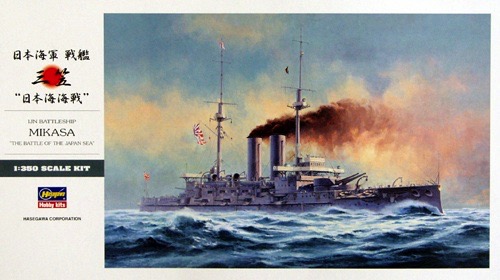 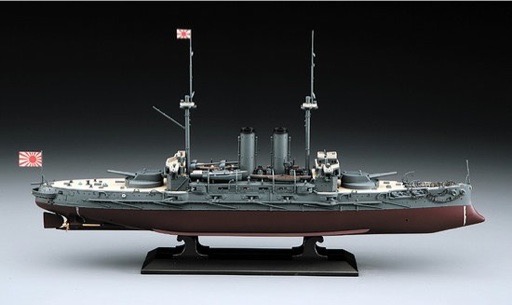 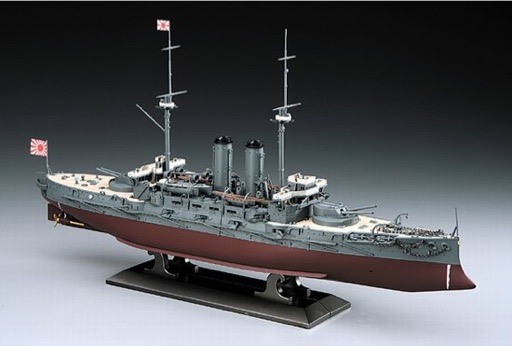 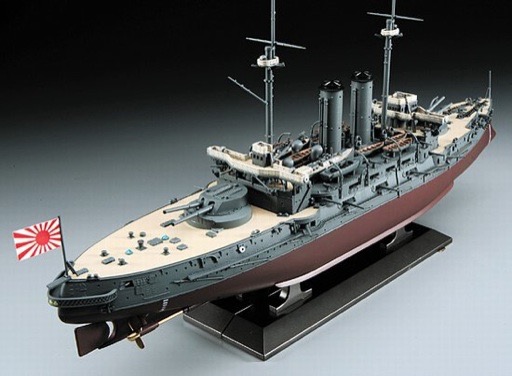 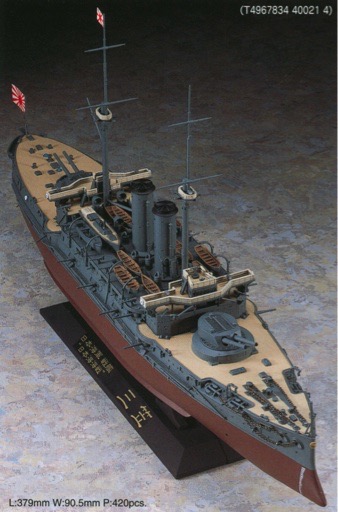 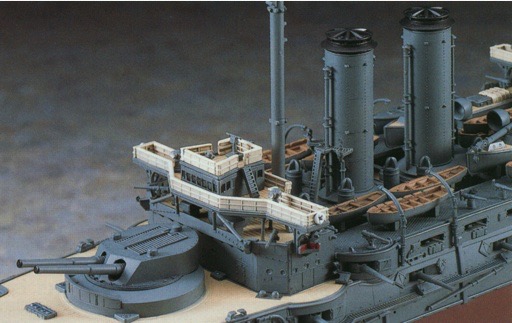 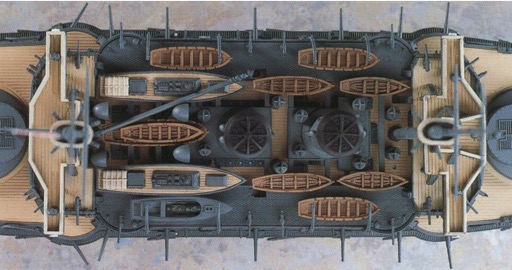 This model represents a unique battle ship from before WWI. No details have been spared...a must have for any avid ship builder.

About the Mikasa:
The Mikasa was a battleship of the Imperial Japanese Navy and was the Flagship of Admiral Togo. It fought in the very famous historic "Battle of the Japan Sea" vs. the Russian Battle Fleet during May 27-28, 1905 and was instrumental during the Russo-Japanese war.

The Mikasa was ordered from the Vickers shipyard in the United Kingdom at the end of 1898, for delivery to Japan in 1902. She took three years to complete, at the great cost of 8.8 million yen. At the time of her delivery, Mikasa was a state-of-the-art pre-dreadnought battleship, achieving an unprecedented combination of firepower and protective strength.

After the peace treaty with Russia was signed on September 5, 1905, Mikasa suffered a fire while in harbour in south Japan, at Sasebo. A magazine exploded and she sank in 11 meters of water. She was later salvaged to continue service, but she soon became obsolete following the development of newer types of vessels.

Mikasa has been designated as one of the "Three Great Historical Warships of the World", together with Victory in Portsmouth, UK, and Constitution in Boston, USA.