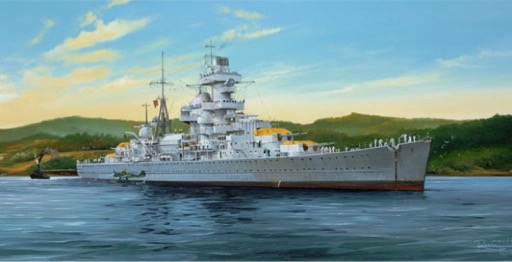 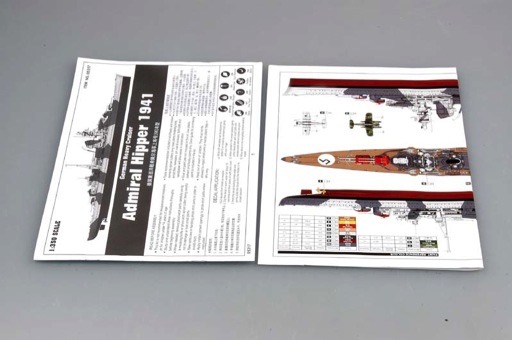 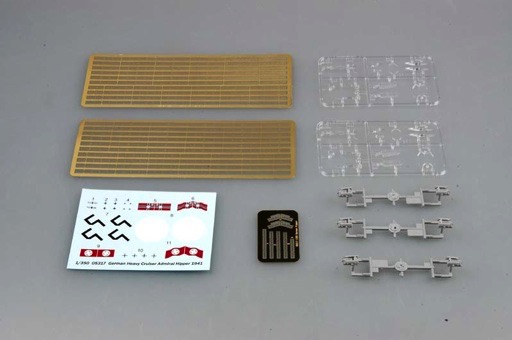 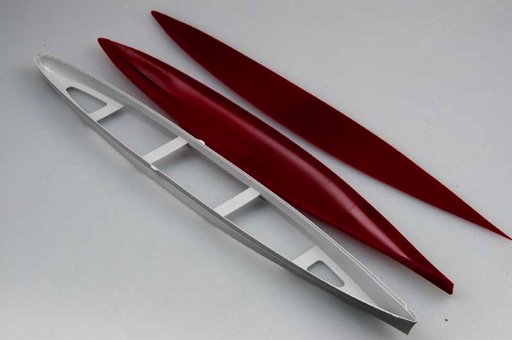 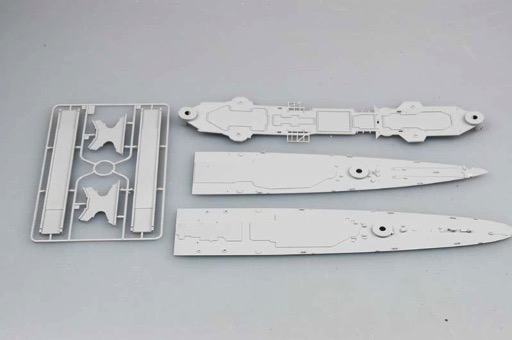 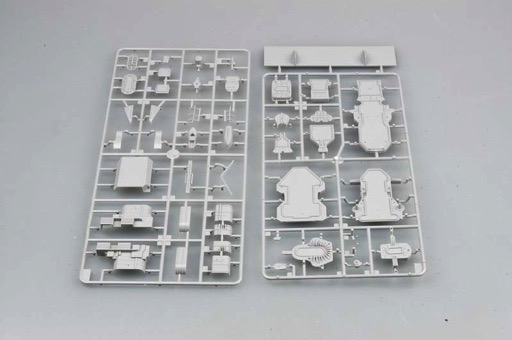 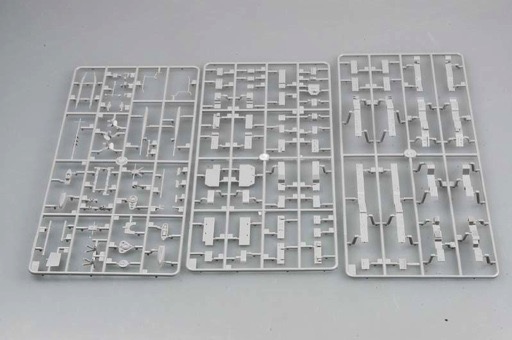 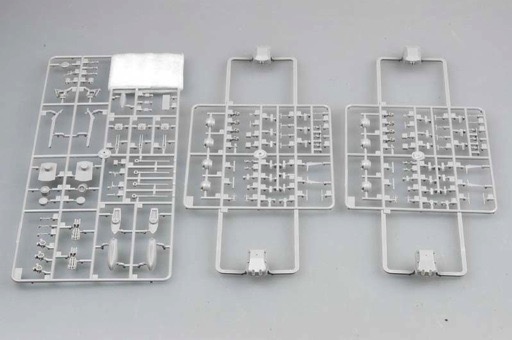 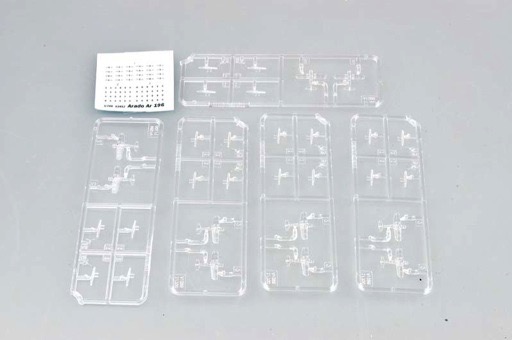 Admiral Hipper was launched on February 6th, 1937 and commissioned in April 29th, 1939. She was the lead ship of the Admiral Hipper class heavy cruisers. She took part in the German invasion of Norway. Then she broke out undetected into the Atlantic and operated as a merchant raider, based at Brest, France. She returned to Kiel via the Denmark Strait, arriving on February 28th, 1941. Modifications were made to increase fuel storage and hence her cruising range. On New Year's Eve 1942, she took part in the German attack on convoy JW-51B, where she sunk a minesweeper and a destroyer. At last, the German attack was repelled and Admiral Hipper was damaged. She returned to Wilhelmshaven, where she was decommissioned. Admiral Hipper was not ready for service until January 1945, when she was used, partly repaired, to evacuate refugees and wounded troops from the Eastern Front. Admiral Hipper was scuttled in dock at Kiel Deutsche Werke yards on 2 May 1945.