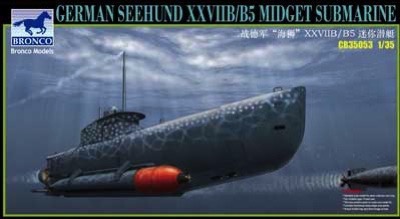 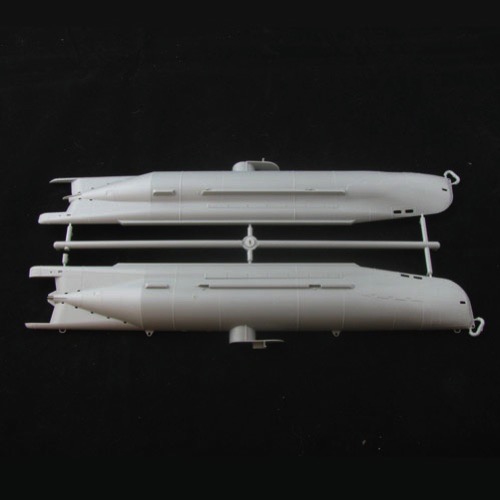 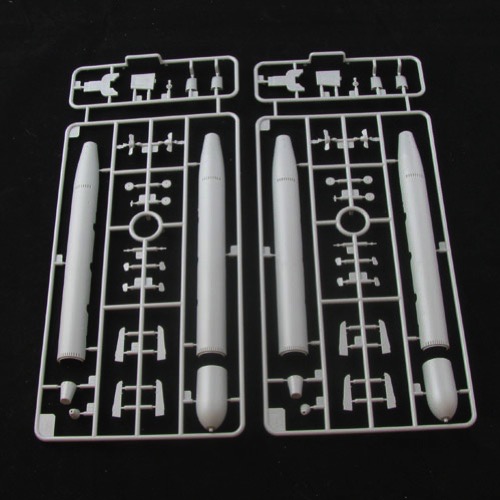 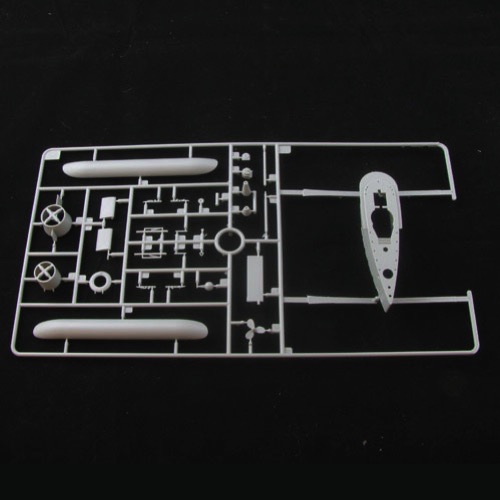 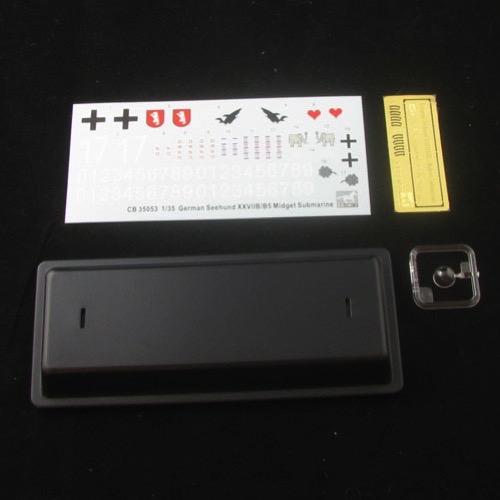 The Hecht (Pike) also known as Type XXVII, was a German Midget Submarine, inspired by the British X-Craft. Two of which were raised after their attack on the Tirpiz. Designed in 1944 for the Kriegsmarine, the Seehund was operated by a two-man crew.The Hecht was propelled solely by electrical power in the form of a 12 hp AEG torpedo motor.As it would opperate submerged a diesel engine would be of little value. However this resulted in a very low endurance of only 128 Km at a speed of 7.4 km/h; 4.6 mph. The Hecht did not see action, but was used to train crews for the Type XXVIIB and XXVIIB5 Seehund. The final variant of the Type XXVII was the Type XXVIIB5, better known as the Seehund ("Seal") or Type 127. This was a major re-design of the Hecht with many improvements, including conventional Diesel-Electric propulsion.Seehund had a small raised platform midships with the air intake mast, magnetic compass, periscope, and a clear dome which could survive depths of 45 m. It was armed with two torpedoes slung on the hull sides. Seehund had a speed of 7 knots (13 Km/h) and a range of 500 kilometers surfaced or 4 Knots (7.5 Km/h) and a range of 117 kilometers submerged. The submarine's fixed 10 m periscope incorporated lenses which let the commander check the sky above for aircraft before surfacing.