Other products to consider: (79) 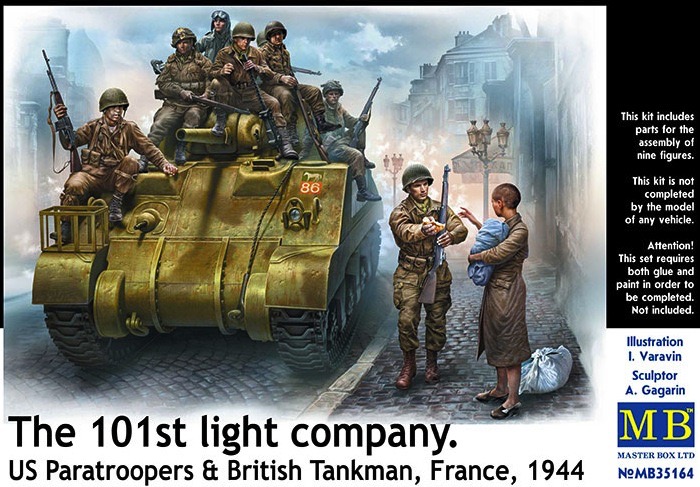 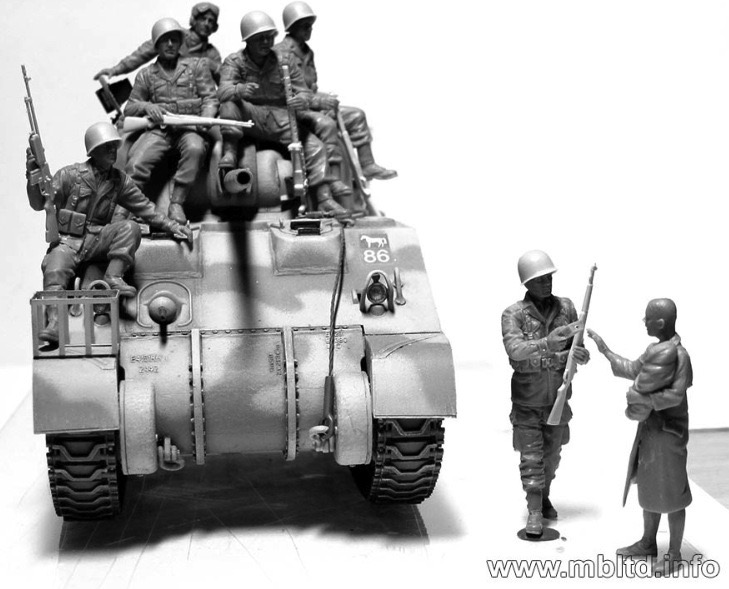 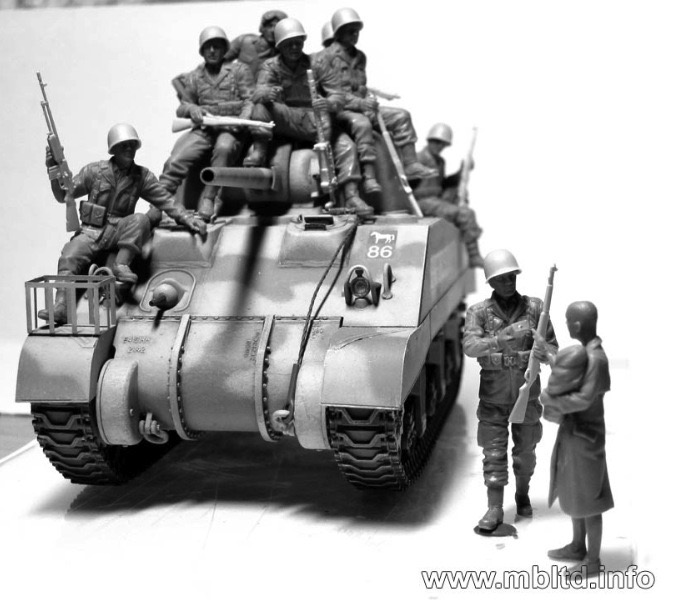 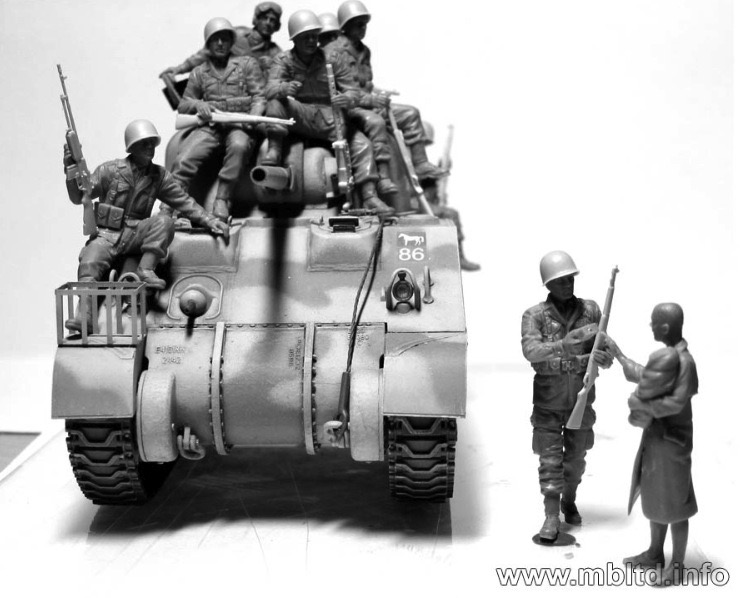 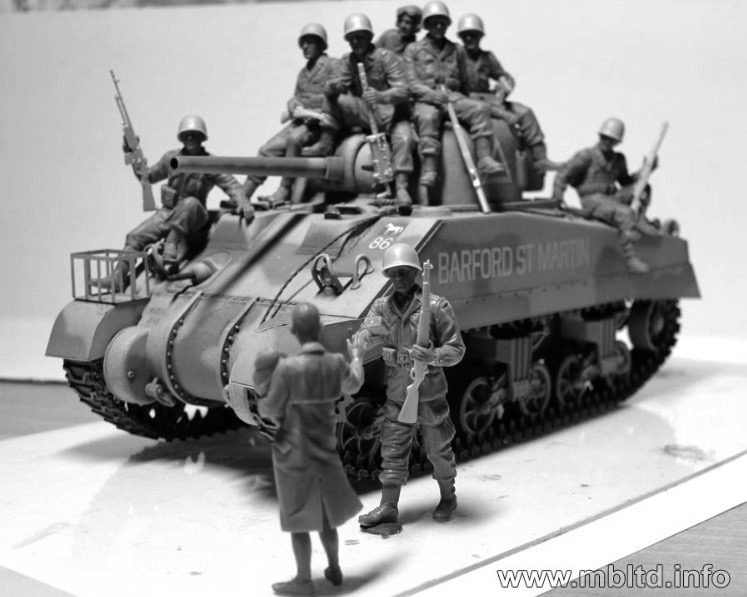 The kit continues the series of the kits devoted to the events of the WWII. It shows dramatic events of the liberation of France on the Western Front in 1944-1945. The story of the kit shows US Paratroopers in a march and they stop to help a young woman. The tragedy of the story is emphasized by the appearance of the girl. It shows evidence that she was caught in collaboration and was inflicted by a humiliating penalty that was usual for that time - her hair was cropped close to the skin. Knowing that, the Americans destroy barriers of stereotypes and show compassion and nobility.

The kit consists of two sprues with parts for 9 figures. Seven figures are US Paratroopers, one figure is British Tankman and one figure is the young woman with a child. The story of the kit is very dramatic, very dynamic and it allows for the creation of a very interesting diorama.

The kit interacts very well with other kits from other manufacturers. The figures are distinguished by a very high artistic level, they are well animated and they interact well with each other.