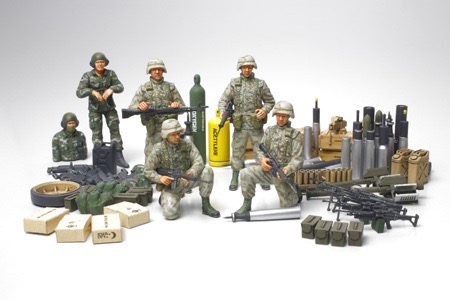 The 1991 Gulf War was the first international dispute following the Cold War. In January 1991, following the August 1990 Iraqi invasion of Kuwait, and the build up of multi-national military forces, "Desert Storm" began with the bombing of Iraq. In February, Iraqi military forces fled Kuwait under the "Desert Sword" battle plan, and on March 3, under a provisional cease fire agreement, the war was officially over. The Gulf War had attracted much attention due to the use of high tech weaponry such as the stealth bomber and Patriot missiles, but it was the ground troops that had ensured victory for the multi-national force.