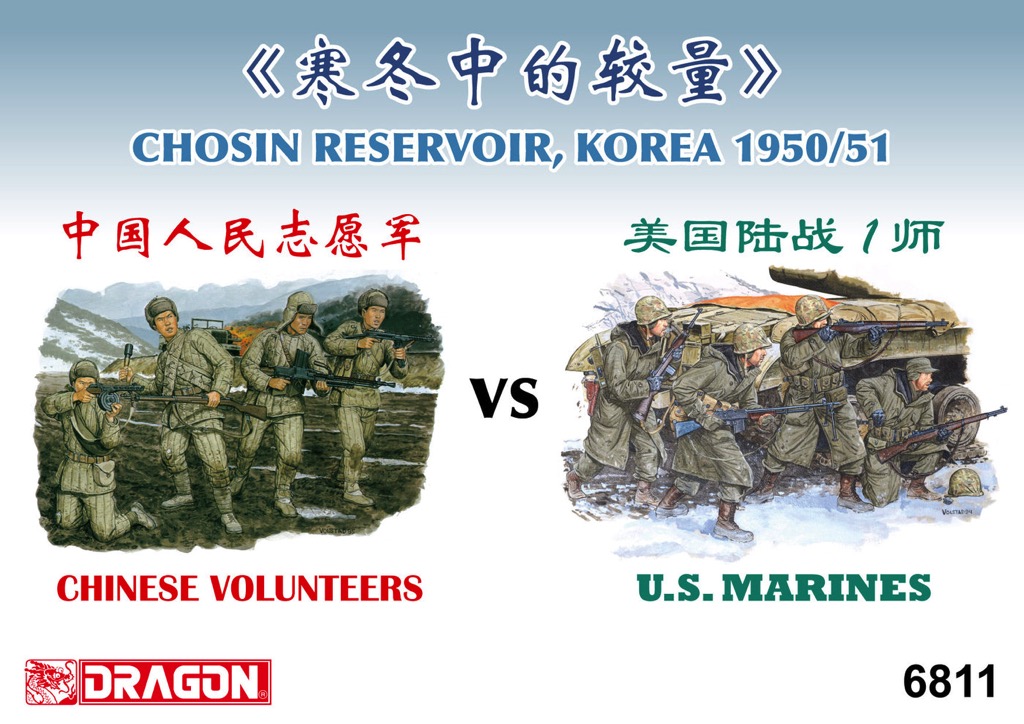 One of the seminal battles in the Korean War of 1950-53 was that fought near the Chosin Reservoir. Members of the 9th Army of the People's Volunteer Army took the US X Corps by surprise on 27 November 1950, kicking off a brutal 17-day battle in freezing conditions. With the trap sprung, it saw some 30,000 United Nations troops encircled by 120,000 Chinese troops in the Chosin Reservoir area. Despite this, the UN troops, including many US marines, were able to break out and make a fighting withdrawal southwards. This decisive battle was to precipitate the withdrawal of all UN troops from the territory of North Korea.

Indeed, this limited-edition item includes figure sets of US Marines and Chinese Volunteers decked out in winter clothing. The details, including their weapons and clothing, are all historically accurate. Furthermore, the poses are vivid and the figures are well sculpted as they battle both each other and the frigid environment in the Chosin Reservoir. This set is available as a limited edition only, but with it modelers can commemorate that famous and harsh battle that was played out on the Korean Peninsula in late 1950. Modelers will not want to miss this opportunity to relive this battle in the Korean War.