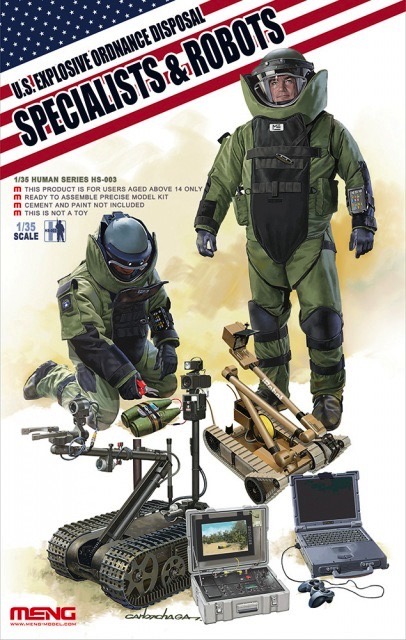 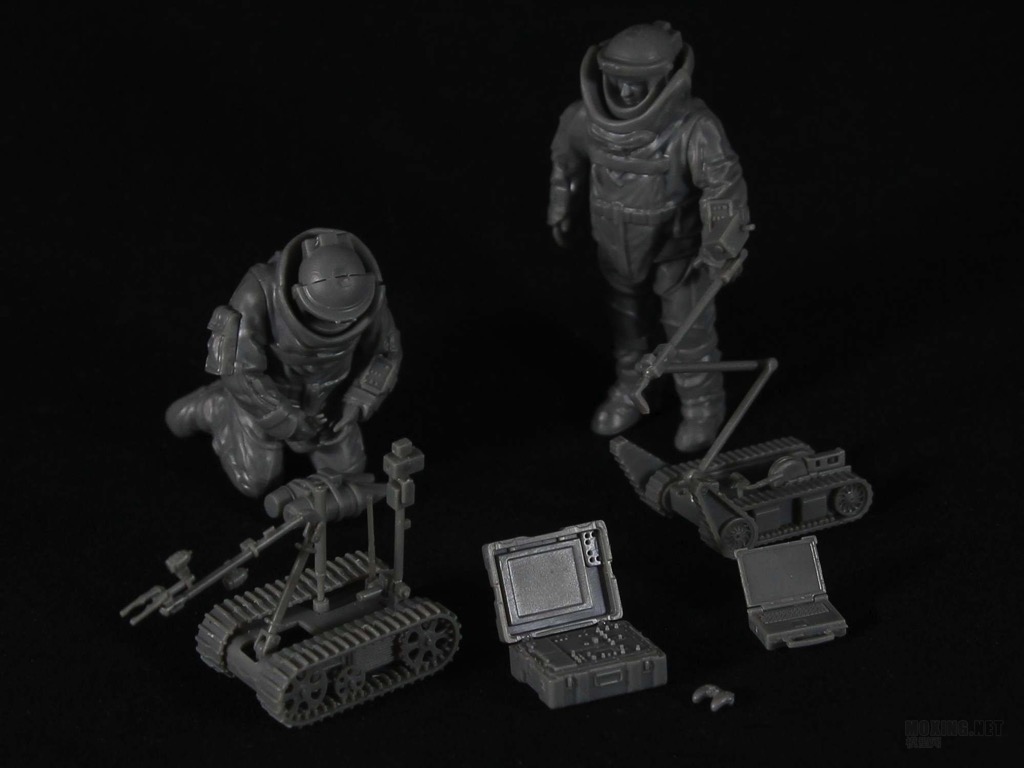 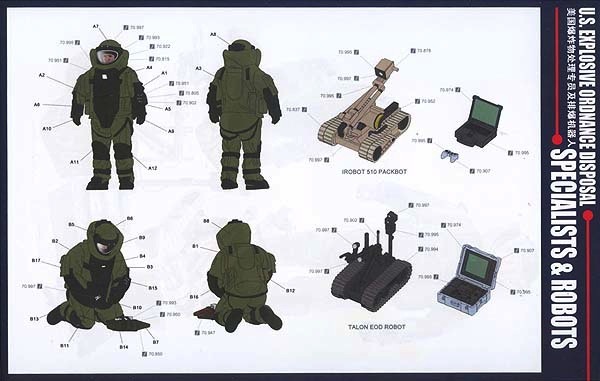 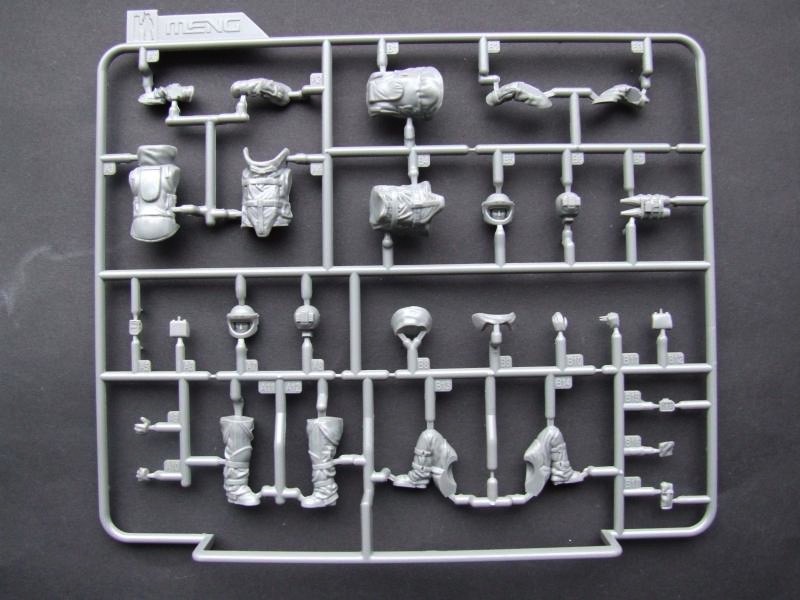 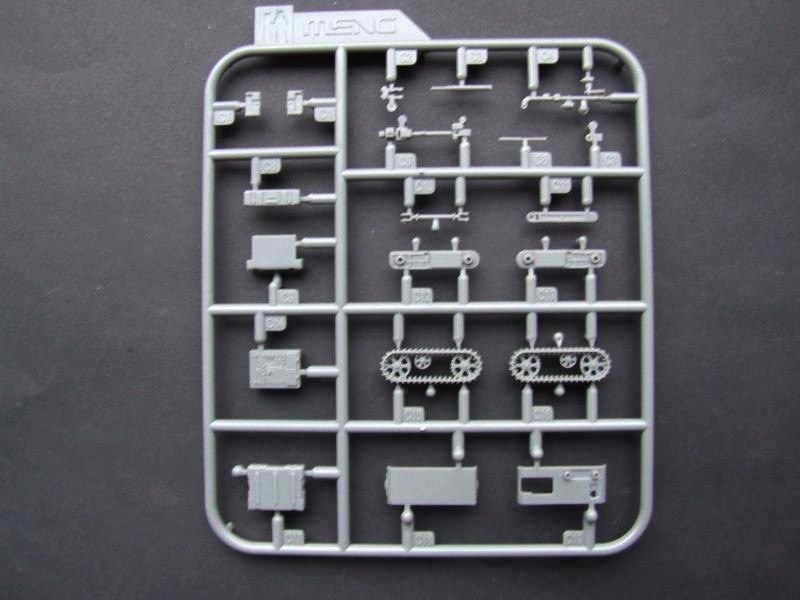 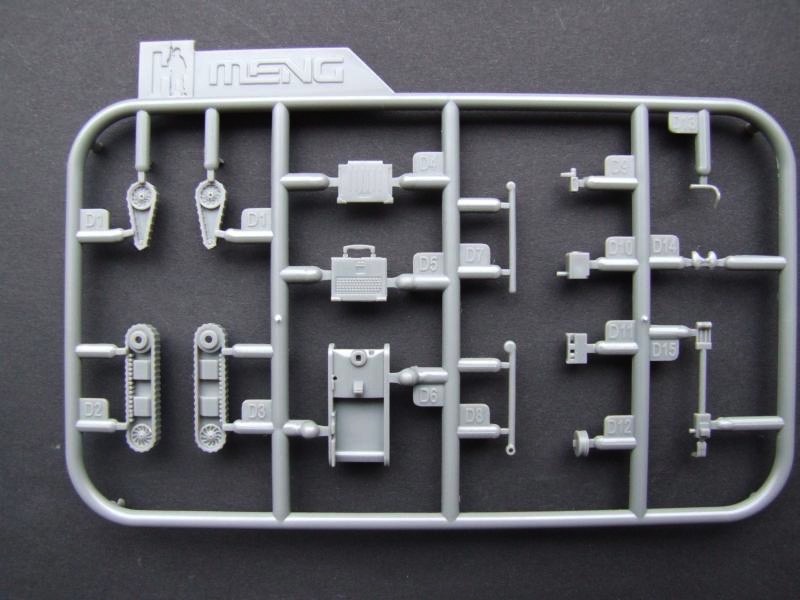 U.S. Explosive Ordnance Disposal Control Center (EOD) is responsible for identification and disposal of unexploded ordnance, chemical weapons and improvised explosive devices (IED). EOD specialists wear the EOD 9 bomb suit made by the Canadian company Med-Eng when they're performing missions. The TALON military robot is designed and built by U.S. company Foster-Miller Inc., and the iRobot 510 PackBot military robot by U.S. company iRobot Corporation. These robots are mainly used to assist soldiers in performing dangerous tasks like reconnaissance and disposal of roadside bombs and IEDs. So far, a large number of them have been deployed in Iraq and Afghanistan.

Kit includes (2) separately molded figures in different poses with bomb suits and TALON EOD Robot and an iRobot 510 PackBot robot with corresponding control computers for both and color painting guide.