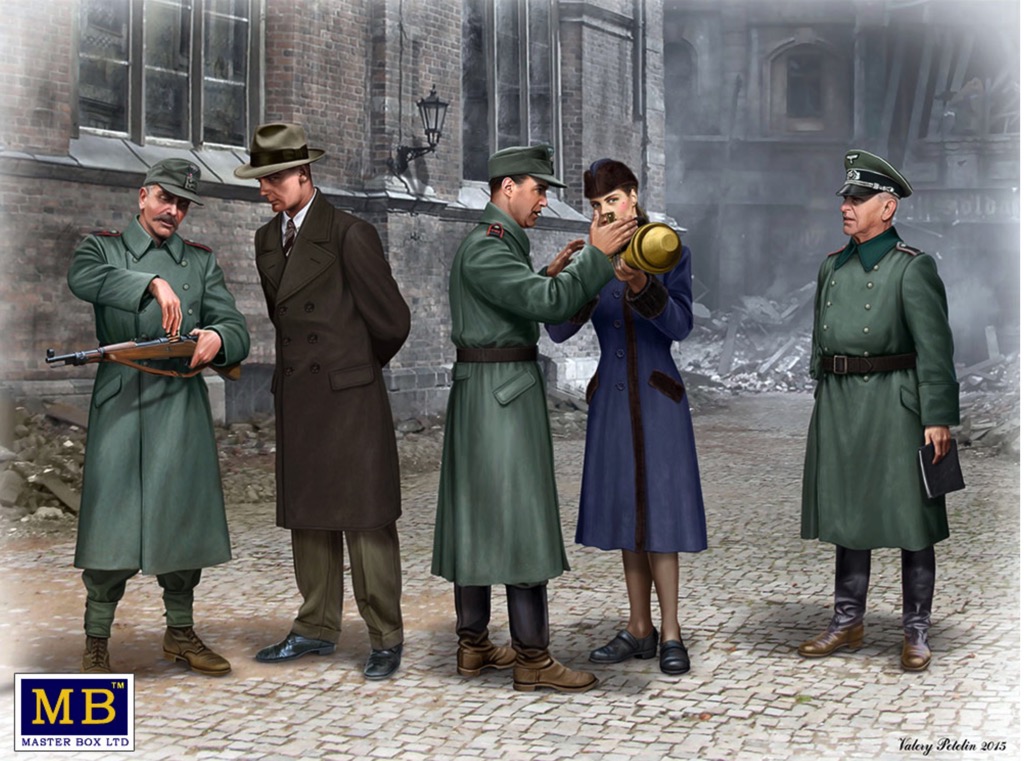 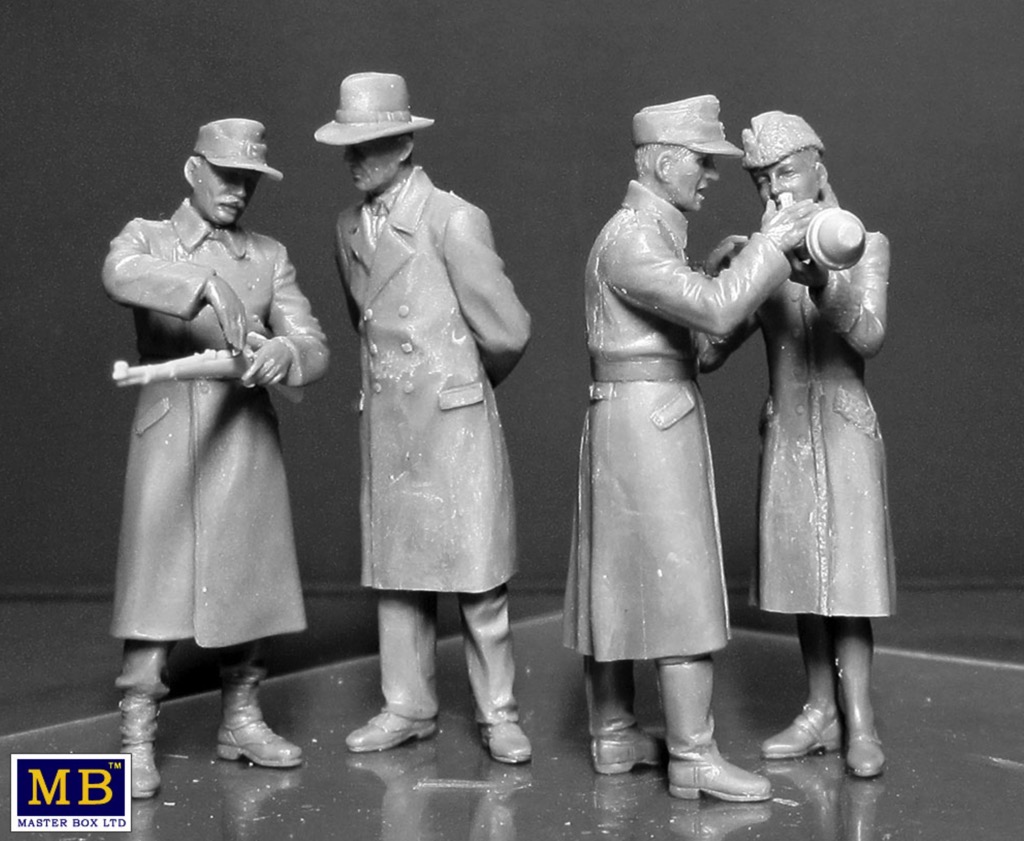 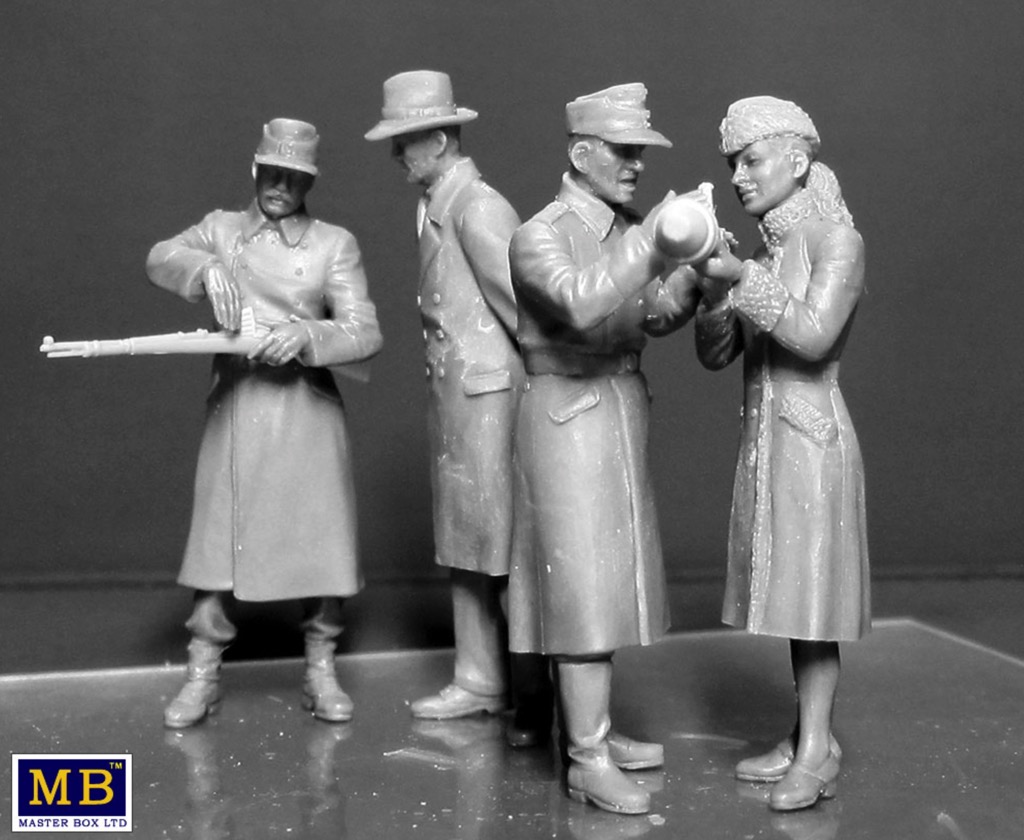 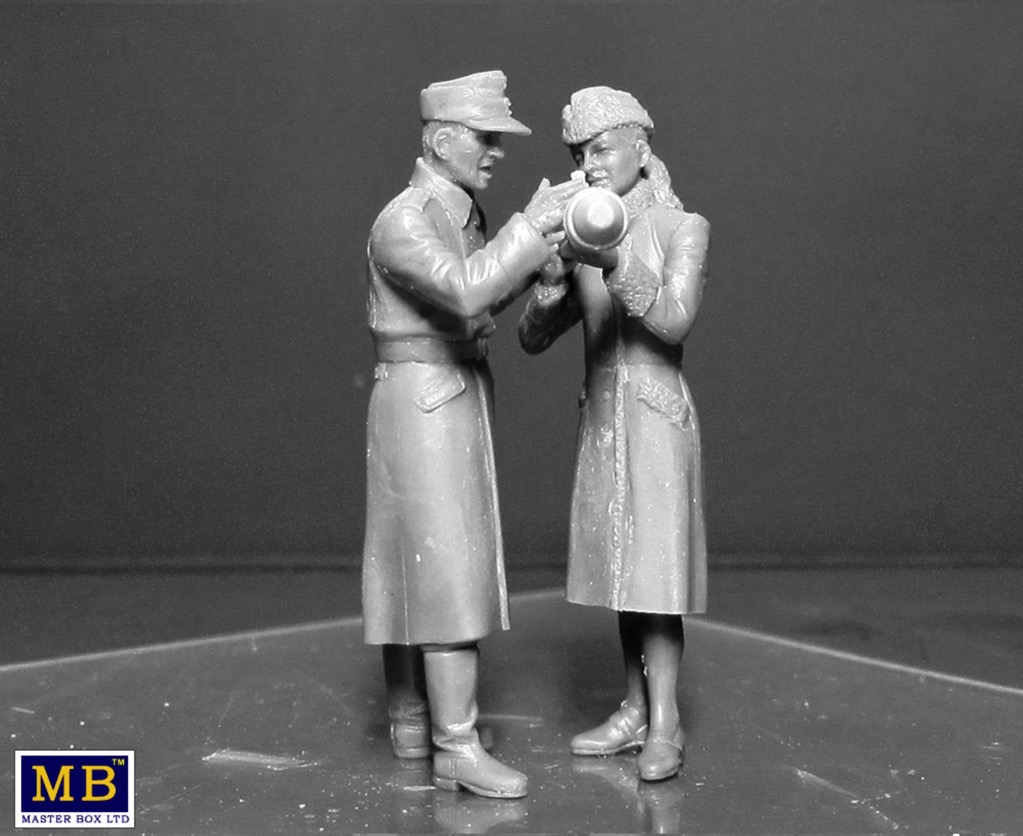 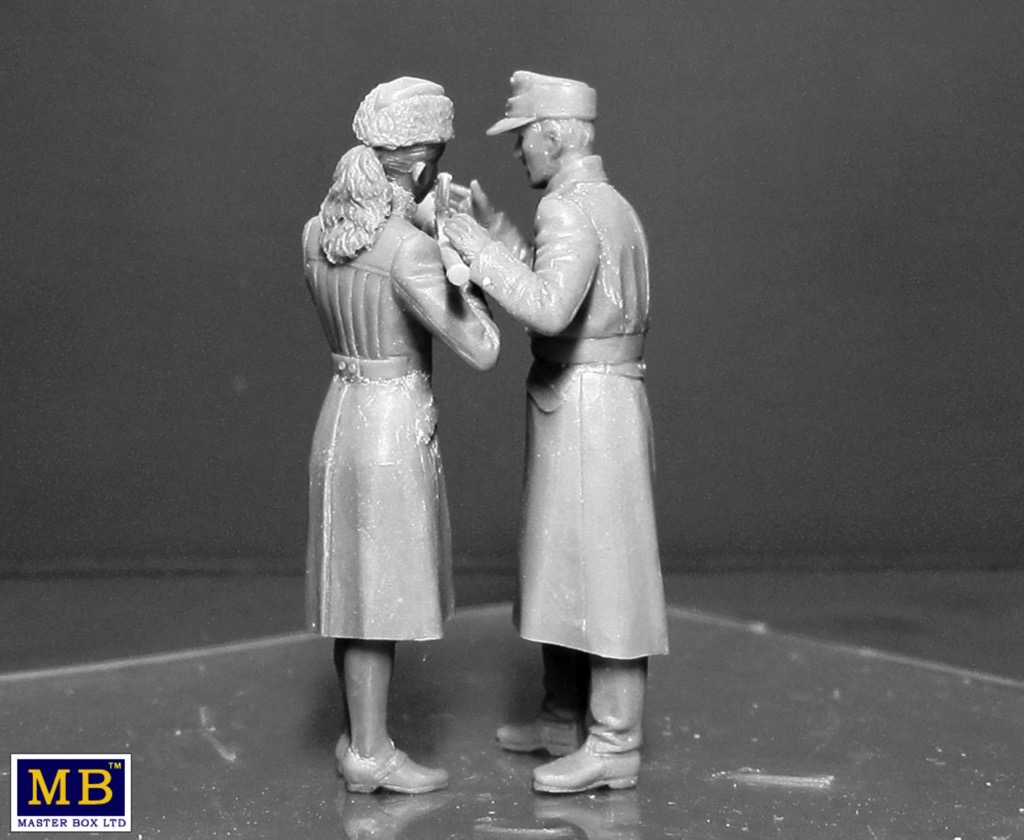 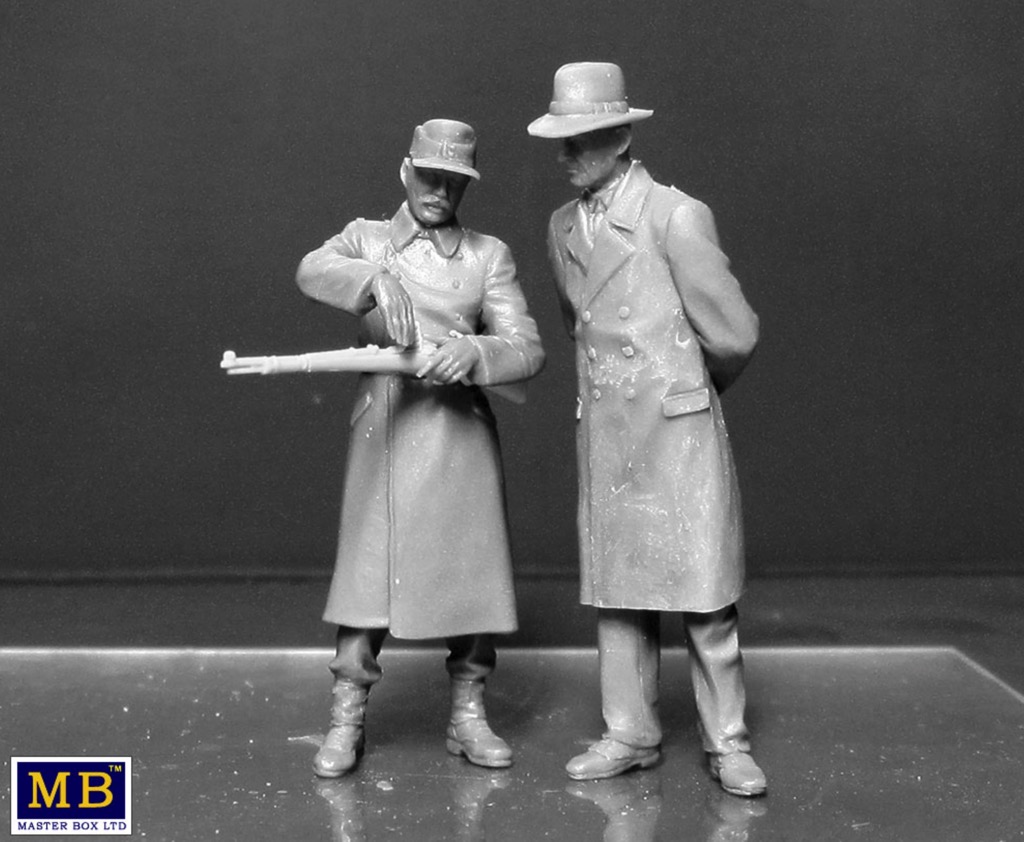 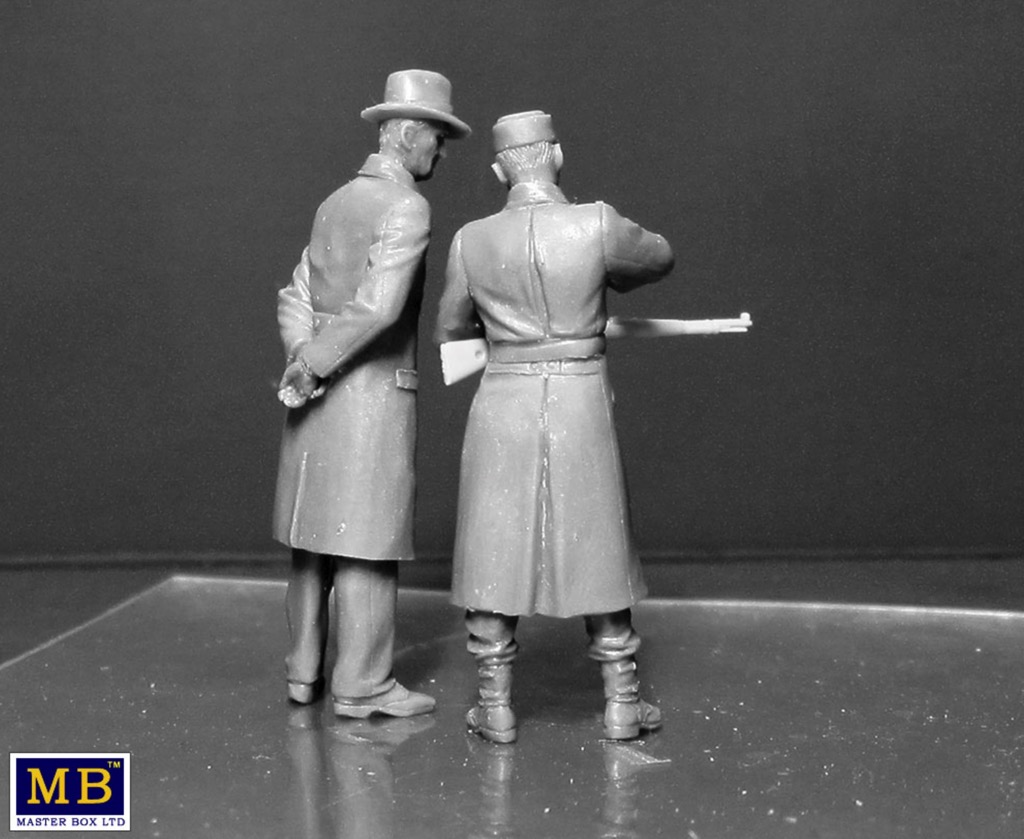 The story of the kit represents dramatic events of the end of 1944 and the beginning of 1945. Germany was on the verge of defeat and the leadership of the country involved all reserves for defense and organized units of Volkssturm that included civilian men and women between the ages of 15 to 60 years. Because of an acute shortage of trained soldiers, these people that were trained in a hurry had to repulse the attack of allied armies.

The story of the kit is simple. Two soldiers of the Wehrmacht are explaining to civilians, a man and a woman, the array of weapons that they will have in battle. An aged retired serviceman (veteran) is observing training. Dramatic quality to the story can be added with the figure of the veteran. It is released in two variants and can be assembled where one arm of the old man was lost in past fights.

The kit consists of 5 figures. The figures are animated well, and they interact well with each other. They can be used both for creating the diorama on the basis of the offered story or the modelers can choose their own story during creation of the diorama.