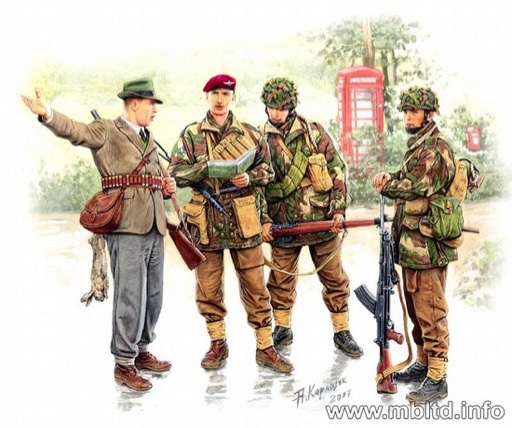 This set includes the figures of 3 British Paratroopers with a variety of weapons, and a civilian giving directions.

On September 17th 1944 the Allies began Operation Market Garden , an ambitious plan to capture and secure a corridor crossing the main rivers in German occupied Holland. The task of capturing the bridge over the Rhine fell to the British 1st Airborne Division and the Polish 1st Independent Parachute Brigade. The British drop was far from successful. Suffering from horrendous communications, they resorted to asking the locals for directions and other information.