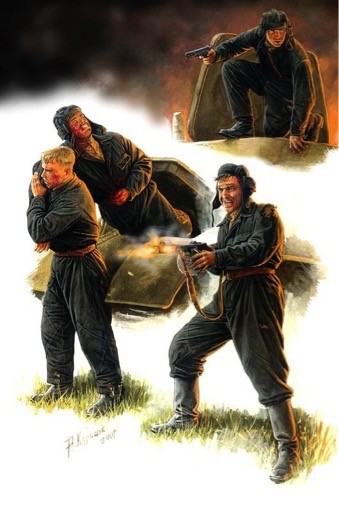 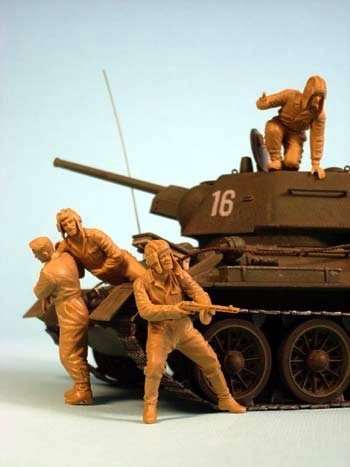 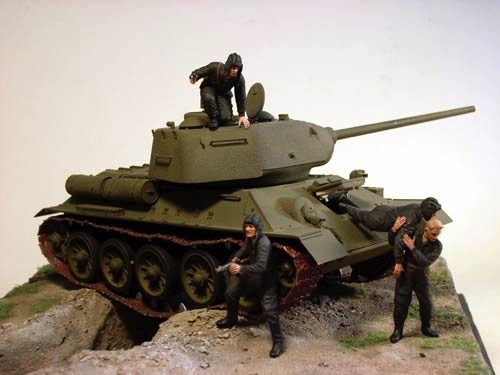 The most famous episode in the battle for the Kursk salient was the huge tank battle near Prokhorovka. The tanks of the 5th Guards Army assaulted the II SS Panzer Corps, consisting of the LSSAH, Das Reich and Totenkopf Divisions. The Battle was often fought at such close quarters that the tanks fired point blank at one another. The crews that survived these clashes often fought their counterparts in vicious close quarter battles. This kit includes the figures of 4 Russian Tankers. These figures are designed to fit any 1/35 scale T-34 variant on the market, regardless of manufacture.