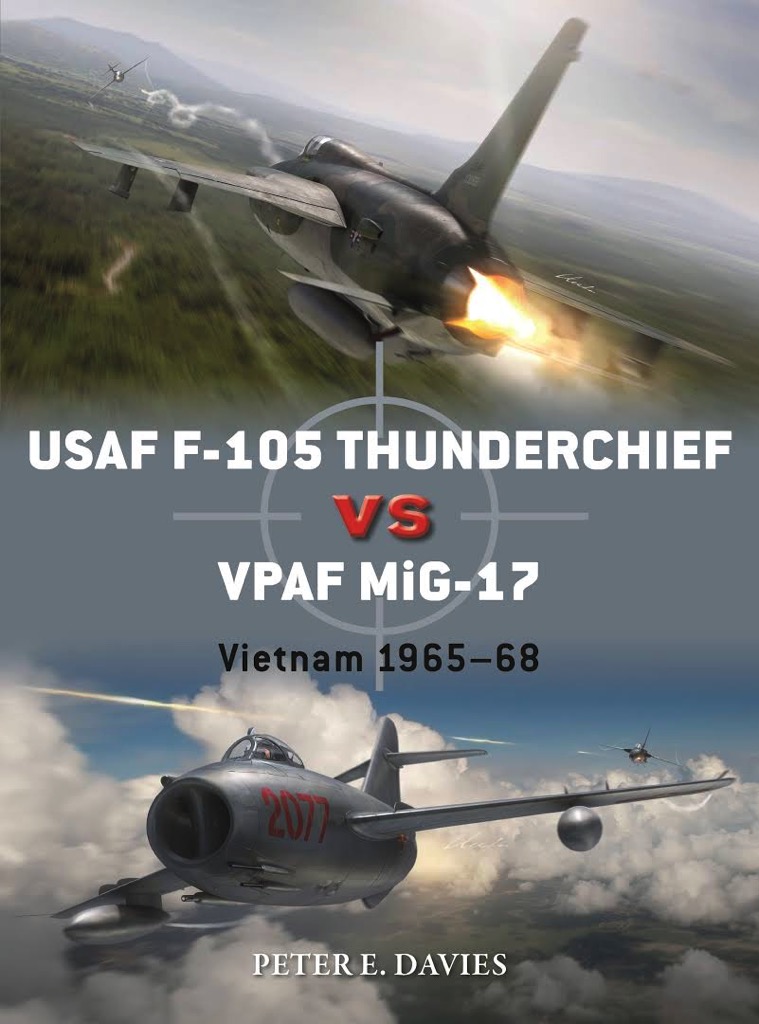 Manufacturer: Osprey Books
Stock Number: OSP DUE95
View all products of type "MiG-17 Fresco"
View all products of type "F-105 Thunderchief"
The F-105D Thunderchief was originally designed as a low-altitude nuclear strike aircraft, but the outbreak of the Vietnam War led to it being used instead as the USAF's primary conventional striker against the exceptionally well-defended targets in North Vietnam and Laos. F-105 crews conducted long-distance missions from bases in Thailand, refuelling in flight several times and carrying heavy external bombloads.

The MiG-17 was the lightweight, highly manoeuvrable defending fighter it encountered most often in 1965-68 during Operation Rolling Thunder. A development of the MiG-15, which shocked UN forces during the Korean War, its emphasis was on simplicity and ease of maintenance in potentially primitive conditions.

Fully illustrated with stunning artwork, this book shows how these two aircraft, totally different in design and purpose, fought in a series of duels that cost both sides dearly.