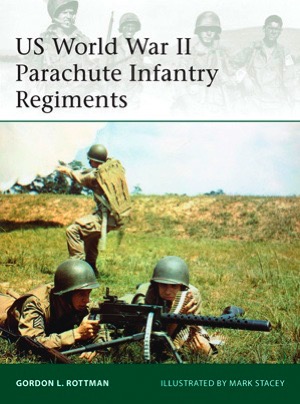 About this book
The parachute infantry regiments were among the most highly decorated US Army units of World War II, and between them they saw action right across the world. The elite nature of these units led to them being committed to action not only in the way that had been intended; their quality tempted commanders to keep them in the line longer than their light armament justified, and they were tested to the limit. This engaging study traces the story of each of the 17 regiments, from their creation and training in the USA, through their deployments overseas, to their combat jumps and all their battles. The book is illustrated with wartime photographs, many previously unpublished, and eight full-colour plates detailing the specifics of their uniforms, insignia, and equipment practices, which often differed from unit to unit.