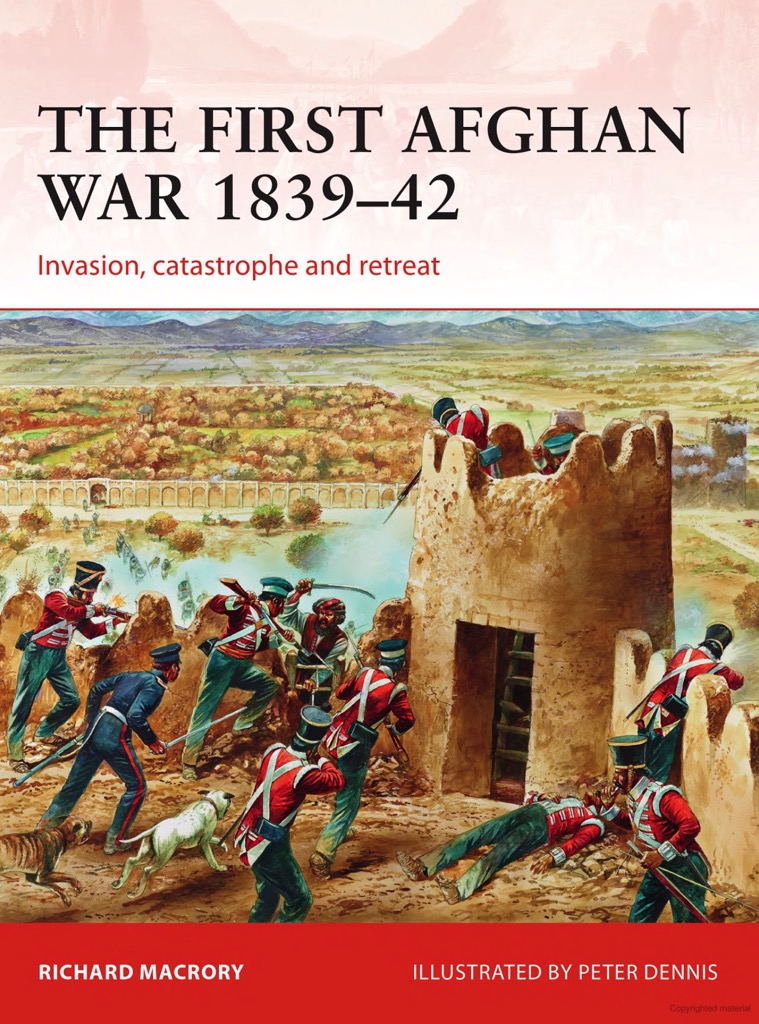 Manufacturer: Osprey Books
Stock Number: OSP CAM298
View all products of type "Clash of Armies"
View all products of type "Wars"
In 1839 forces of the British East India Company crossed the Indus to invade Afghanistan on the pretext of reinstating a former king Shah Soojah to his rightful throne. The reality was that this was another step in Britain's Great Game - Afghanistan would create a buffer to any potential Russian expansion towards India. This history traces the initial, campaign which would see the British easily occupy Kabul and the rebellion that two years later would see the British army humbled. Forced to negotiate a surrender the British fled Kabul en masse in the harsh Afghan winter. Decimated by Afghan guerrilla attacks and by the harsh cold and a lack of food and supplies just one European - Dr Brydon would make it to the safety of Jalalabad five days later. This book goes on to trace the retribution attack on Kabul the following year, which destroyed the symbolic Mogul Bazaar before rapidly withdrawing and leaving Afghanistan in peace for nearly a generation.