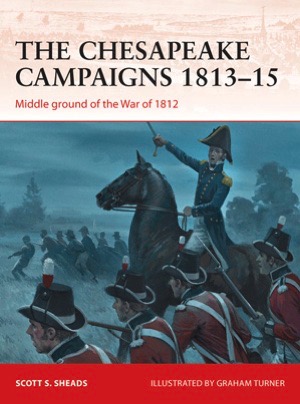 About this book
The War of 1812 was never the most popular of conflicts on both sides of the Atlantic. Bogged down by their involvement in the Napoleonic conflict in Europe, the British largely relied on the power of the Royal Navy in the early years of the war. Part of this naval strategy was to blockade the American coastline in order to strangle American commerce and bring the new nation to its knees. Nowhere was this blockade more important than in the Chesapeake. Partly in response to the sacking of York (modern Toronto), the British decided to strike at the nation's capital, Washington, DC, and a force of Peninsular War veterans under General Robert Ross landed, defeated the Americans at the battle of Bladensburg and took Washington on August 24, 1814. Buoyed by this success, the British pressed on towards Baltimore. However, they were forced to withdraw at the battle of North Point, and a naval bombardment of Fort McHenry failed to reduce the fort and Baltimore was spared. With his intimate knowledge of the events in this theatre of war, Scott Sheads of Fort McHenry NPS brings these dramatic events of American history to life.