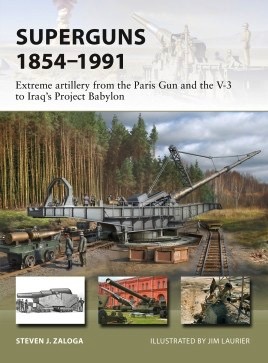 Taking a case study approach, Superguns explains the technology and role of the finest monster weapons of each era. It looks at the 1918 "Wilhelm Gun," designed to shell Paris from behind the German trenches; the World War II "V-3" gun built to bombard London across the Channel; the Cold War atomic cannons of the US and Soviet Union; and the story of Dr Gerald Bull's HARP program and the Iraqi "Supergun" he designed for Saddam Hussein. Illustrated throughout, this is an authoritative history of the greatest and most ambitious artillery pieces of all time.