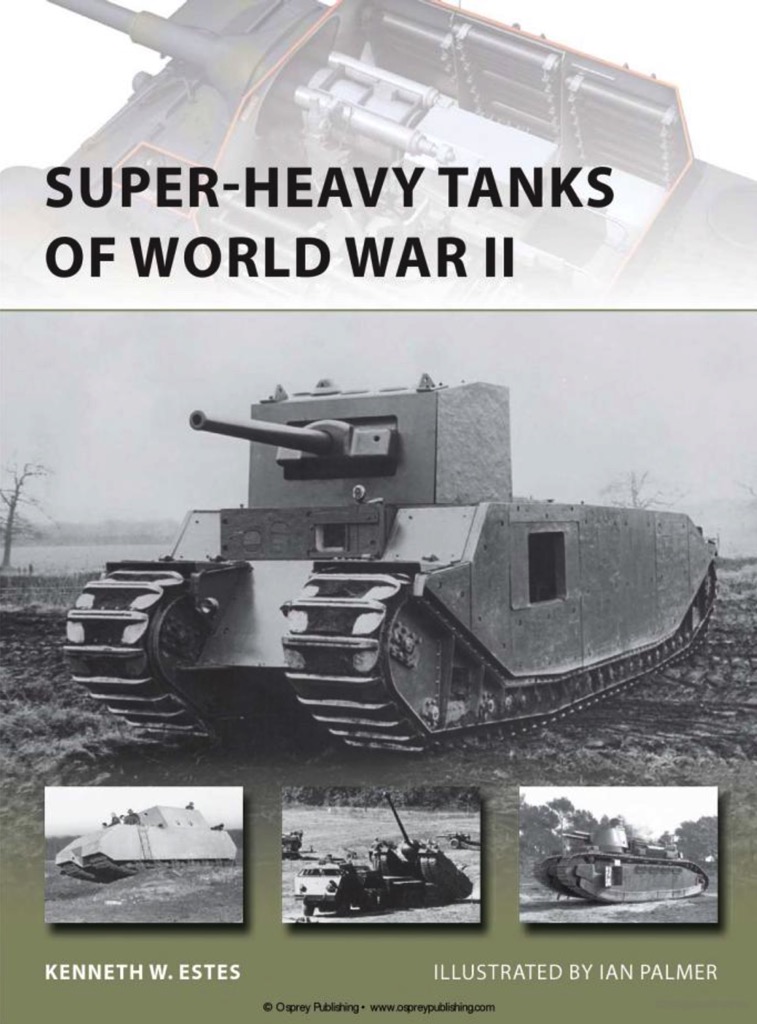 Manufacturer: Osprey Books
Stock Number: OSP NVG216
View all products of type "T-28 / T95 Super Heavy"
View all products of type "KV-4"
The super-heavy tanks of World War II are heirs to the siege machine tradition - a means of breaking the deadlock of ground combat. As a class of fighting vehicle, they began with the World War I concept of the search for a 'breakthrough' tank, designed to cross enemy lines. It is not surprising that the breakthrough tank projects of the period prior to World War II took place in the armies that suffered the most casualties of the Great War (Russia, France, Germany). All of the principal Axis and Allied nations eventually initiated super-heavy development projects, with increasingly heavy armor and armament. Much as the casualties of World War I prompted the original breakthrough tank developments, as Germany found itself on the defensive, with diminishing operational prospects and an increasingly desperate leadership, so too did its focus turn to the super-heavy tanks that could turn the tide back in their favor.