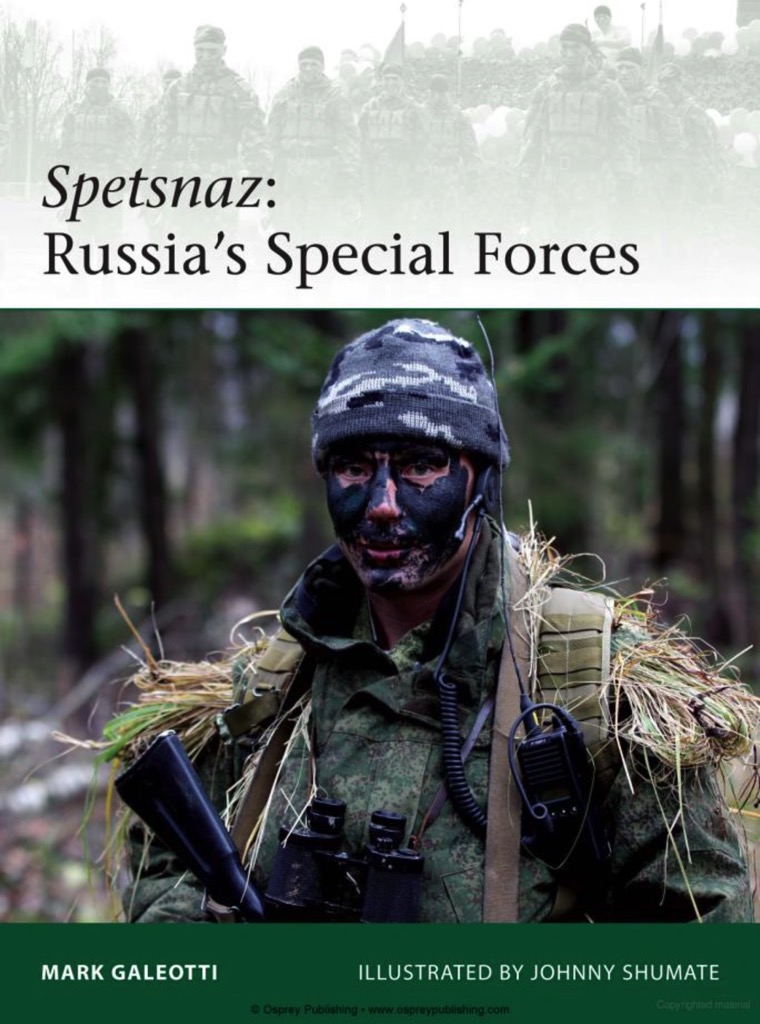 Manufacturer: Osprey Books
Stock Number: OSP ELI206
View all products of type "Special Units"
When the shadowy, notorious Spetsnaz were first formed, they drew on a long Soviet tradition of elite, behind-the-lines commando forces from World War II and even earlier. Throughout the 1960s-70s they were instrumental both in projecting Soviet power in the Third World and in suppressing resistance within the Warsaw pact. As a powerful, but mysterious tool of a world superpower, the Spetsnaz have inevitably become the focus of many 'tall tales' in the West. In this book, a peerless authority on Russia's military Special Forces debunks several of these myths, uncovering truths that are often even more remarkable. Now, since the chaotic dissolution of the USSR and the two Chechen Wars, Russian forces have seen increasing modernization, involving them ever more in power-projection, counter-insurgency and anti-terrorism and the Spetsnaz have been deployed as a spearhead in virtually all of these operations. This book offers a unique, absorbing guide to the secrets of the Spetsnaz, their most noteworthy missions and personalities, but is also packed with details such as orders-of-battle, equipment and operational doctrine.