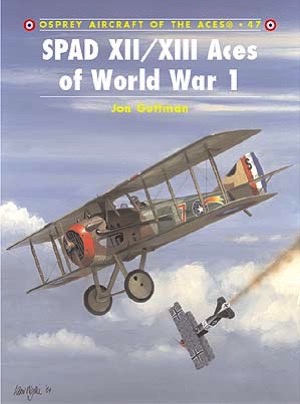 About this book
This book details the exploits of the pilots who flew the hugely successful SPAD XIII and the trickier SPAD XII. Built in response to the combat inadequacies of the SPAD VII, the XIII first entered service with the French Aviation Militaire in late 1917. Despite suffering engine unreliability, the XIII enjoyed great success on the Western Front, where it was flown by numerous French, American, Italian and Belgian aces, including Eddie Rickenbacker, leading US ace of World War I. The SPAD XII, meanwhile, was the product of numerous improvements to the SPAD VII model. Entering service in July 1917, the aircraft boasted a single-shot 37 mm Puteaux cannon, which had to be hand-reloaded in flight! Tricky to fly, the XII was only issued to experienced pilots, and was flown briefly by a number of aces.