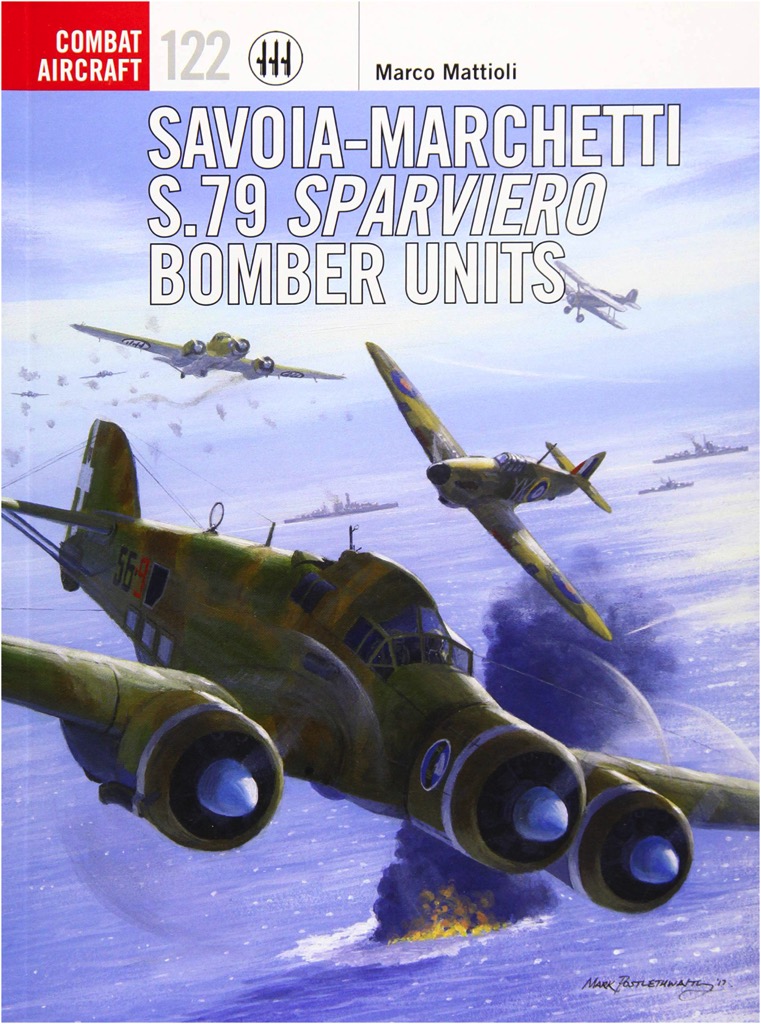 Manufacturer: Osprey Books
Stock Number: OSP COM122
View all products of type "Sm.79 Sparviero"
View all products of type "Air Groups"
Initially developed by Savoia-Marchetti as a transport, the aircraft had evolved into a dedicated medium bomber by the time the S.79-I made its combat debut in the Spanish Civil War in 1936. During World War 2, it became Italy's most successful bomber, and the most produced, with around 1370 built between 1936 and early 1944. Although initially hampered by poor tactics, the S.79 bomber crews nonetheless scored sunk a number of Allied vessels, and provided a constant threat to Allied sailors in the Mediterranean in the early stages of the war. In East Africa and the Red Sea the Sparvieri were the most modern bombers in-theatre, proving a challenge to RAF and SAAF biplane fighters.