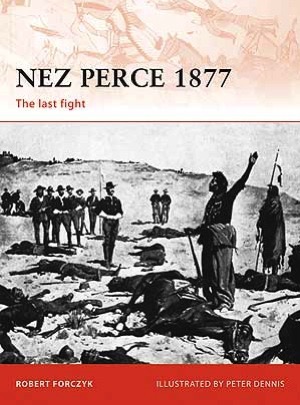 About this book
With the wars between the US and the Native Americans drawing to a close, one tribe in Eastern Oregon continued to resist. The Nez Perce, led by the 'Red Napoleon' Chief Joseph, refused to surrender and accept resettlement. Instead, Chief Joseph organized a band of 750 warriors and set off for the Canadian border, pursued by 2,000 US Army troops under Major-General Oliver Howard. The army chased the natives for three months, fighting 13 actions. Finally, just 40 miles from the Canadian border, the Army ran Chief Joseph to the ground, and forced him to surrender after a five-day battle near Bear Paw Mountain.