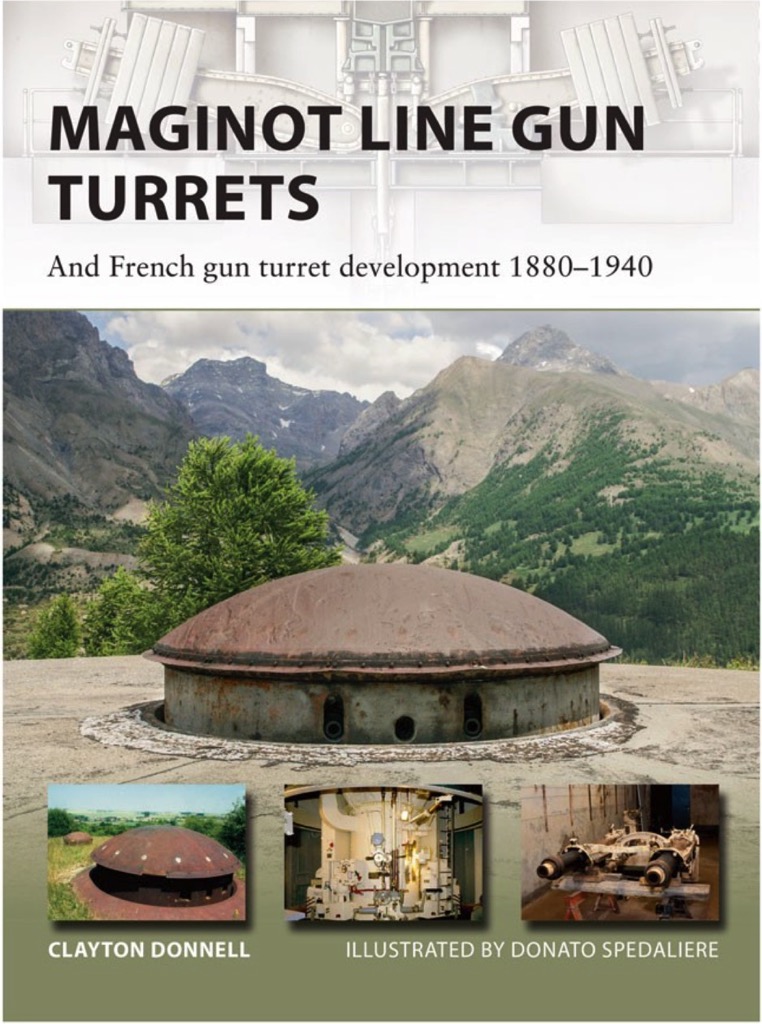 Manufacturer: Osprey Books
Stock Number: OSP NVG250
View all products of type "Fortifications"
The Maginot Line was one of the most advanced networks of fortifications in history. Built in the aftermath of World War I, and stretching along the French eastern border from Belgium to Switzerland, it was designed to prevent German troops from ever setting foot on French soil again.

Its primary defensive weapons were the gun turrets. Beginning development in the 1870s and improving on German designs, they were constructed out of steel wedges and could revolve and disappear from sight after firing, making them impervious to enemy bombardment. They were deadly accurate and created havoc on the German units that attacked the line during their invasion of France in 1940.

This fully illustrated study will examine the technical details of the French artillery turrets. It will show the evolution of the design of the guns and turrets used in the French forts before and during World War I, then those built exclusively for the Maginot Line to give a comprehensive overview of the weapons designed to protect France from invasion.