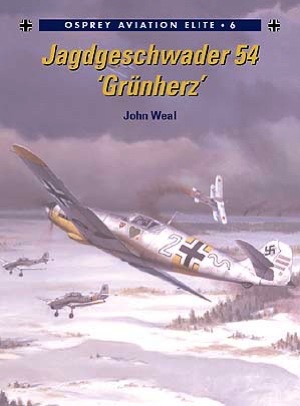 About this book
One of the most successful of the high-scoring Luftwaffe Jagdgeschwader during World War 2, JG 54 'Grunherz' (Green Hearts) was formed from three disparate fighter 'Gruppen' immediately prior to the Battle of Britain. Having enjoyed immediate success over the Channel and South-east England during the summer of 1940, the unit was transferred to the Eastern Front in the spring of 1941 in preparation for Operation Barbarossa - the German invasion of the Soviet Union. JG 54 would remain a Jagdwaffe stalwart in the east, flying firstly Bf 109Fs and then the Fw 190. By war's end, the Geschwader's pilots had claimed over 9500 kills, and produced over 100 aces. Men like Hans Philipp, Walter Nowotny and Otto Kittel are profiled in this volume, which reveals the struggle in the face of overwhelming odds that was the lot of the Jagdflieger on the Eastern Front.