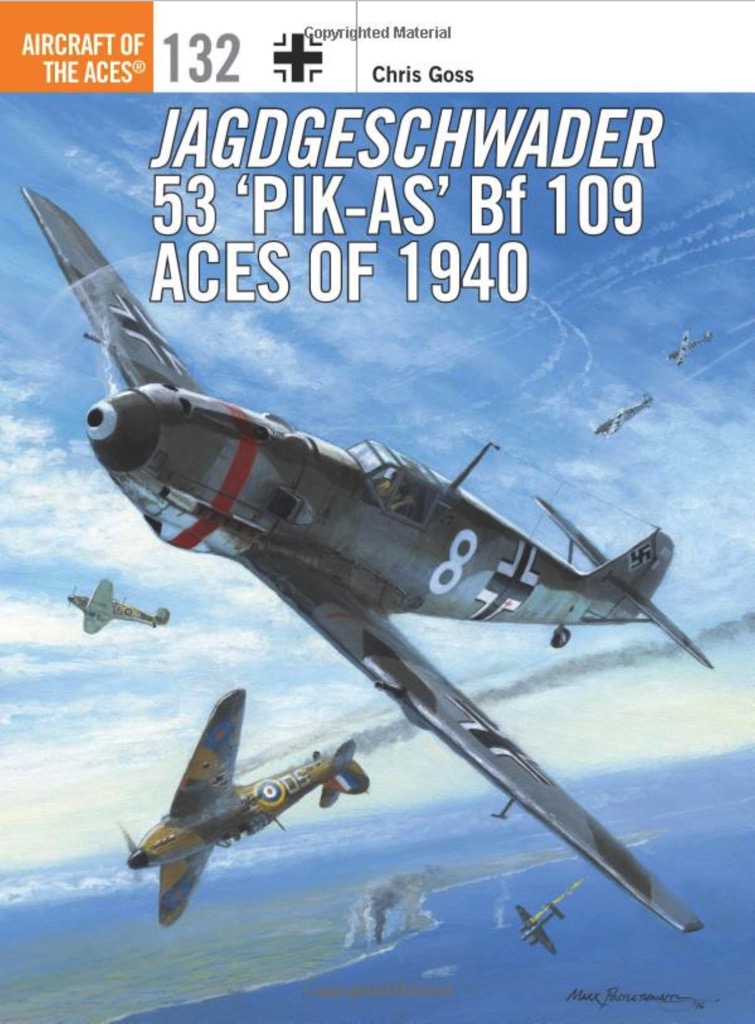 Manufacturer: Osprey Books
Stock Number: OSP ACE132
View all products of type "Me-109"
View all products of type "Air Groups"
Boasting pilots who had been blooded in the Spanish Civil War, Jagdgeschwader 53 (JG 53) 'Pik As' or 'Ace of Spades' achieved great success in the skies over France and Britain in 1940. It was infamous amongst its opponents for the quality and calibre of its aces - men such as Werner Molders, Hans-Karl Mayer and Rolf Pingel. These aces won numerous Knight's Crosses for their exploits in 1940, credited with 258 victories, with 51 pilots being killed or captured. This study follows these pilots of JG 53 into battle, telling the stories of their victories, losses, and ultimate fate.

Containing 36 profile illustrations depicting the drastic change in appearance of their aircraft over time, and complemented by thorough research, this book is a welcome addition to Osprey's popular Aircraft of the Aces series.