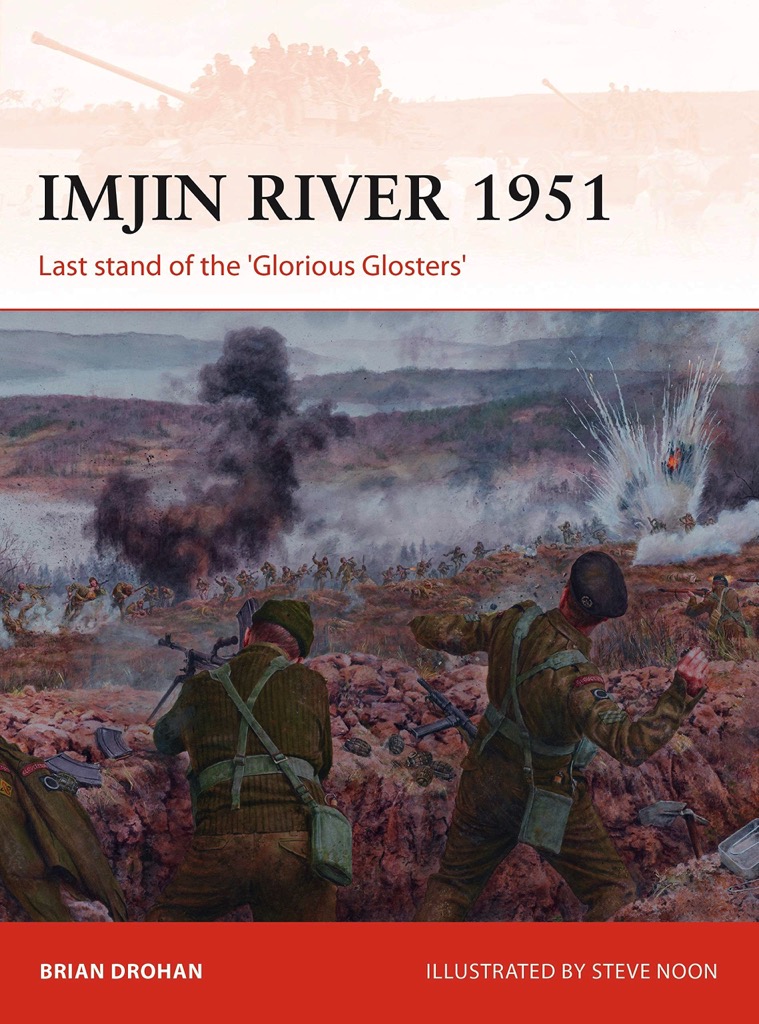 Manufacturer: Osprey Books
Stock Number: OSP CAM328
View all products of type "Clash of Armies"
View all products of type "Battles"
After China's November 1950 intervention in the war and the subsequent battle of the Chosin Reservoir, UN forces faced a new onslaught in the spring of 1951 with over 350,000 veteran troops attacking along the Imjin River.The US 3rd Infantry Division took the brunt of the attack along with the attached British 29th Infantry Brigade which included the Gloucestershire Regiment (the "Glosters"). The heroic defense of the American and British forces would pass into legend, most especially the doomed effort of the Glosters, as they sought to buy time for the rest of the UN forces to regroup and organize an effective defense of Seoul, the South Korean capital city. Featuring full color commissioned artwork, maps and first-hand accounts, this is the compelling story of one of the most epic clashes of the Korean War.