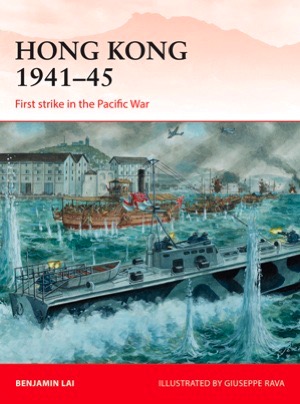 About this book
On 8th December 1941, as part of the simultaneous combined attack against Pearl Harbor, the Imperial Japanese Army (IJA) invaded the Philippines, Thailand and Malaysia and the British colony of Hong Kong. After only 18 days of battle the defenders, a weak, undermanned brigade, were overwhelmed by a superior force of two battle-hardened IJA divisions. What defines the battle of Hong Kong was not the scale - just 14,000 defended the colony - but the intensity of this battle, fought not only by the British Army, Navy and Air Force but also Canadians, Hong Kong's own defence force, the Indian Army and many civilians. The campaign itself is characterized by a fierce land battle, with long artillery duals and as well as fast naval actions with intense actions at the Gin Drinkers Line as well as the battle of Wong Nai Chung Gap where a handful of defenders took on an entire Japanese regiment. Less known but equally important are individual acts valour such as CSM John Robert Osborne winning a posthumous VC, throwing himself over a Japanese grenade to save fellow combatants.