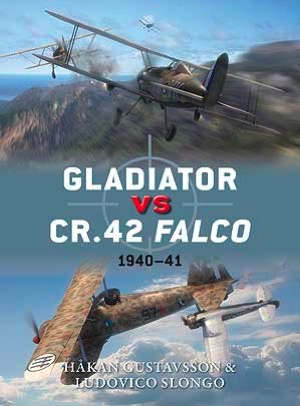 About this book
Both the Gloster Gladiator and the Fiat CR.42 Falco represented the peak in the development of the biplane fighter, which could trace its lineage back to World War I. However, by the time both aircraft entered service in the late 1930s, they were already obsolete. Nevertheless, they gave sterling service on all fronts in the Mediterranean and Africa in 1940-41. Indeed, the CR.42 was the Regia Aeronautica's staple fighter in both North and East Africa, Greece and over Malta in 1940-41, during which time its pilots routinely fought British and Commonwealth squadrons equipped in the main with Gladiator biplanes. Some bitter dogfights were fought between these two types as the Allies attempted to gain control of the skies over North Africa, Greece and East Africa. Both types were flown in the main by highly experienced pre-war pilots, and this in turn made for some closely fought engagements. The first known combat between the CR.42 and the Gladiator took place on 14 June 1940 over North Africa and the last engagement between the two types occurred on 24 October 1941 over the East African front.