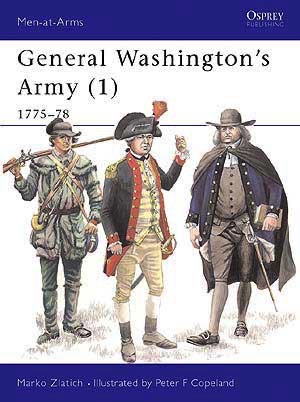 Manufacturer: Osprey Books
Stock Number: OSP MAA273
View all products of type "Armies"
During the period 1775-78, General Washington commanded three separate armies: the New England Army of 1775; the one-year army of the United Colonies, renamed Army of the United States in July 1776; and the forces established by the Continental Congress to serve for three years from January 1777, or for the duration. In this, the first of two studies by Marko Zlatich (Men-at Arms 290 continues the treatment, covering the period from 1779-83), the systems used by state and Continental authorities to procure clothing materials, the quantities they obtained and the specifications of the uniforms themselves are all examined in detail.