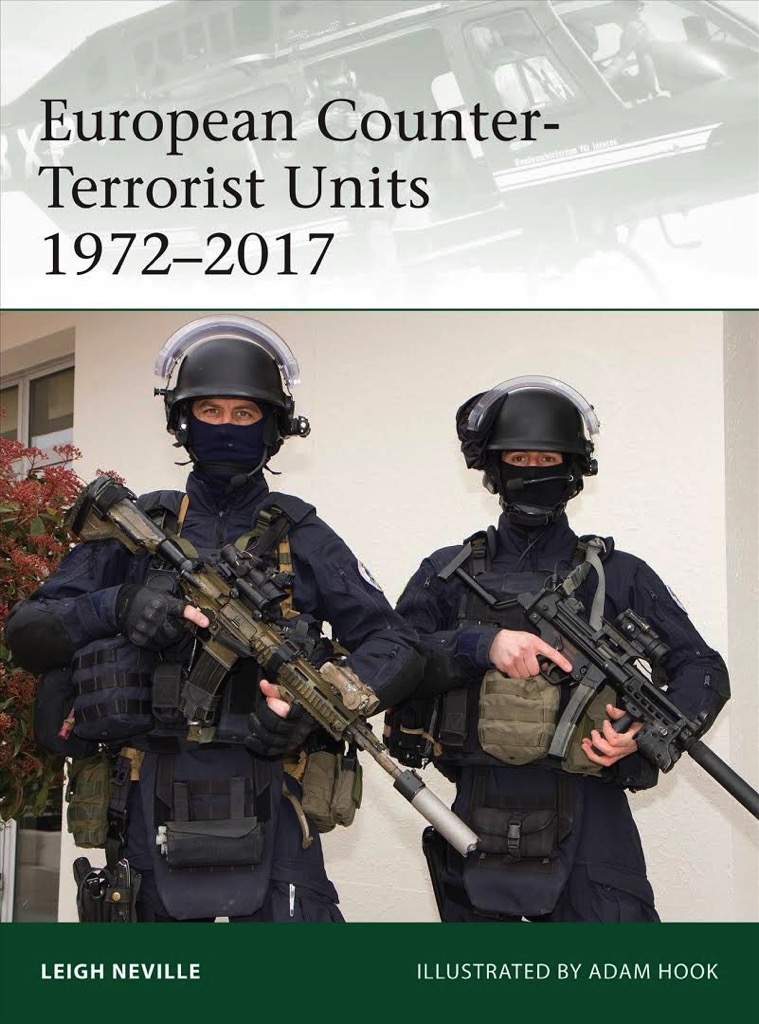 Manufacturer: Osprey Books
Stock Number: OSP ELI220
View all products of type "Special Units"
The Munich Olympics massacre in 1972 was a shock awakening to the public. In the decades since, European countries have faced a wide range of threats from Palestinian and home-grown terrorists, to the more recent world-wide jihadists. The threats they pose are widespread from aircraft hi-jacking and political assassinations to urban warfare against security forces, and murderous attacks on civilian crowd targets, forcing governments have had to invest ever-greater efforts in countering these threats.

This book traces the evolution of police (and associated military) counter-terrorist forces across Europe over the past 45 years. Using specially commissioned artwork and contemporary photographs, it details their organization, missions, specialist equipment, and their growing cross-border co-operation.