Other products to consider: (90) 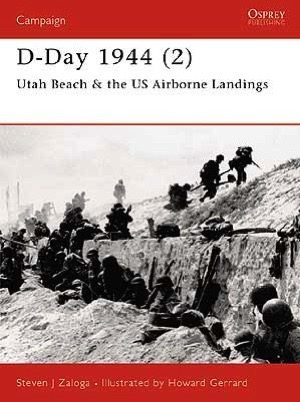 Manufacturer: Osprey Books
Stock Number: OSP CAM104
View all products of type "Naval Warfare"
View all products of type "Air Warfare"
About this book
On their western flank, the Allied landings on D-Day combined a parachute drop by the 82nd and 101st Airborne Divisions with an amphibious assault on "Utah" Beach by the US 4th Infantry Division. The landings came ashore in the wrong place but met weaker German resistance as a result. The heaviest fighting took place inland where the badly scattered paratroopers gradually gathered in small groups and made for their objectives. This book traces the story of D-Day on Utah beach, revealing how the infantry pushed inland and linked up with the Airborne troops in a beachhead five miles deep. Now the battle to break out and seize the key port of Cherbourg could begin.