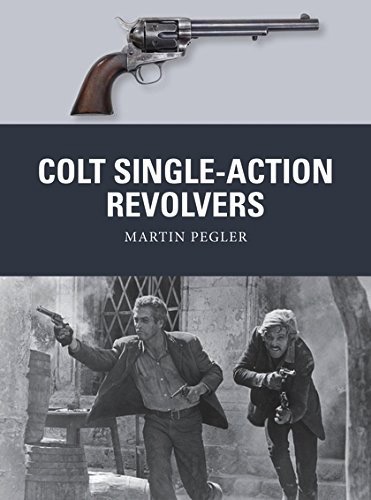 Manufacturer: Osprey Books
Stock Number: OSP WPN52
View all products of type "Arms and Equipment"
In 1836, Samuel Colt changed the face of warfare with the production of the first of a series of iconic and influential single-action revolvers, including the .44-calibre Colt Walker and the seminal .45-calibre Colt Single Action Army, which remains in production today. These weapons shifted the role of the pistol from single-shot weapon of last resort to a practical and powerful sidearm that gave the user the ability to defend himself once his primary armament was discharged. It transformed cavalry tactics and relegated the sword to a largely ceremonial role in many armies.

Featuring full-colour artwork, expert analysis and gripping first-hand accounts, this is the absorbing story of Colt's family of single-action revolvers, covering their origins, development, use and lasting impact on the modern world.