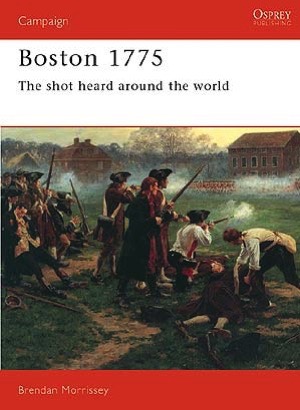 Manufacturer: Osprey Books
Stock Number: OSP CAM37
View all products of type "Clash of Armies"
View all products of type "Battles"
About this book
The British assault on Breed's Hill and the burning of Charlestown were the first major battles of the American Revolution; after the events at Boston there was no turning back. This detailed text by Brendan Morrissey explores the opposing commanders and forces involved, whilst describing how the sparks at Lexington and Concord ignited the smouldering resentment of the Colonists into the flame of a rebellion. Colonist militia were pitted against British Redcoats in a series of struggles which led the British to evacuate Boston and to George Washington taking command of the fledgling American army.