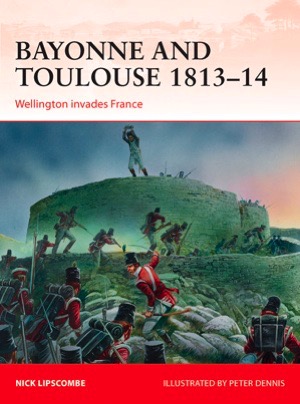 About this book
The news of Wellington's momentous victory at Vitoria on 21 June 1813 reached London in early July. Celebration spawned an expectation of a rapid conclusion to events in the Peninsula. His Majesty's Government gave authority for Wellington to invade France and made noises and plans for the redeployment of the Peninsular Army in support of Russia and Prussia. Wellington, however, did not see things in quite the same way. His army was worn out and there remained sizeable French forces in Spain, so what followed had to be a carefully thought out and planned campaign. The invasion itself commenced with the daring Allied crossing of the Bidassoa estuary in early October 1813 and was followed by an operational pause prior to the Battle of Nivelle in November. The subsequent operations, which commenced early in 1814, provided the aftermath to the invasion and the conclusion to the Peninsular War. These actions focus primarily on the investment of Bayonne and the pursuit of Soult's army east, and include the battles and engagements at Garris, Orthez, Aire, Tarbes and the final showdown at Toulouse in April 1814.