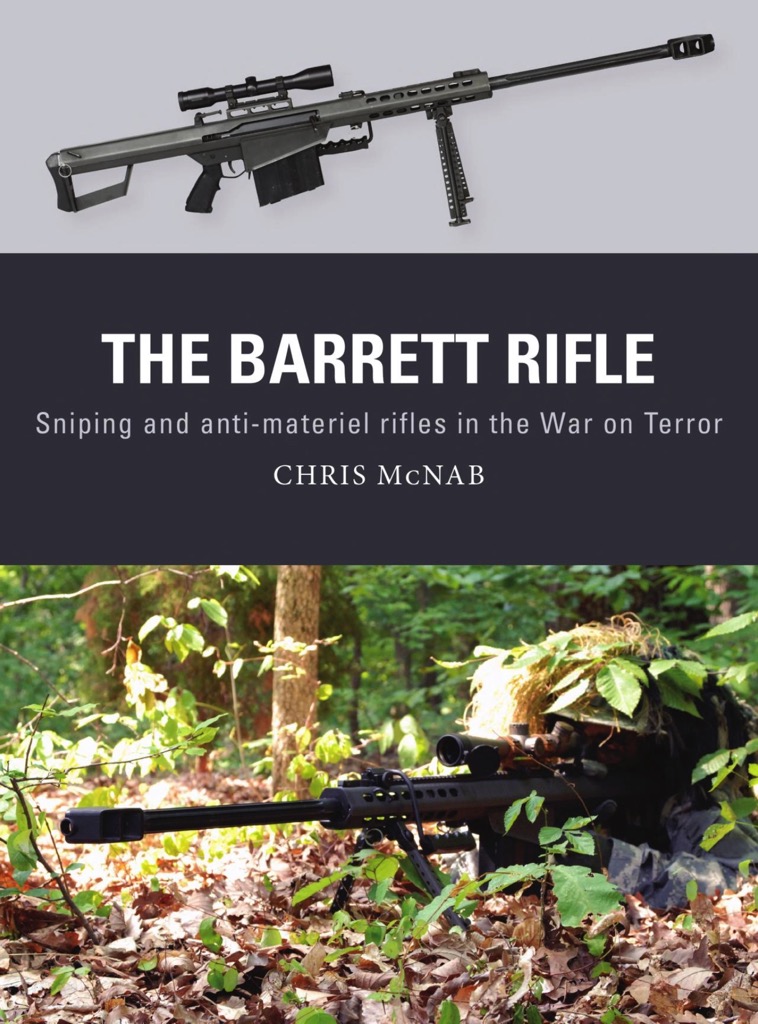 Manufacturer: Osprey Books
Stock Number: OSP WPN45
View all products of type "Arms and Equipment"
ABOUT THIS PRODUCT
The Barrett M82A1 and its derivatives are among the most successful sniping rifles ever manufactured. Now entering its fourth decade of service, the short-recoil, semi-automatic system is capable of firing a devastating .50-caliber round with lethal accuracy over distances of more than 2km. Unconfirmed reports from Afghanistan in 2012 accredit the Barrett with one of history's longest ever kills at 2,815m. This is the technical history of a rifle initially developed as a sporting firearm, but which evolved into a long-range sniping rifle and a formidable military anti-materiel tool, designed to neutralize everything from enemy vehicles to parked aircraft. Adopted by snipers across the world, the Barrett rifles have seen active service in Operation Desert Storm, Iraq, and Afghanistan and have become an important addition to police, armed services, and Special Forces units alike.

BIOGRAPHICAL NOTE
Chris McNab is an author and editor specializing in military history and military technology. To date he has published more than 40 books, including A History of the World in 100 Weapons (2011), Deadly Force (2009) and Tools of Violence (2008). Chris has also written extensively for major encyclopedia series, magazines and newspapers, and he lives in South Wales, UK.Johnny Shumate works as a freelance illustrator living in Nashville, Tennessee. He began his career in 1987 after graduating from Austin Peay State University. Most of his work is rendered in Adobe Photoshop using a Cintiq monitor. His greatest influences are Angus McBride, Don Troiani and Edouard Detaille. Born in Malaya in 1949, Alan Gilliland studied photography/film and architecture, and has worked as a photojournalist and cartoonist. He also spent 18 years as the graphics editor of The Daily Telegraph, winning 19 awards in that time, including numerous UK Press Awards.