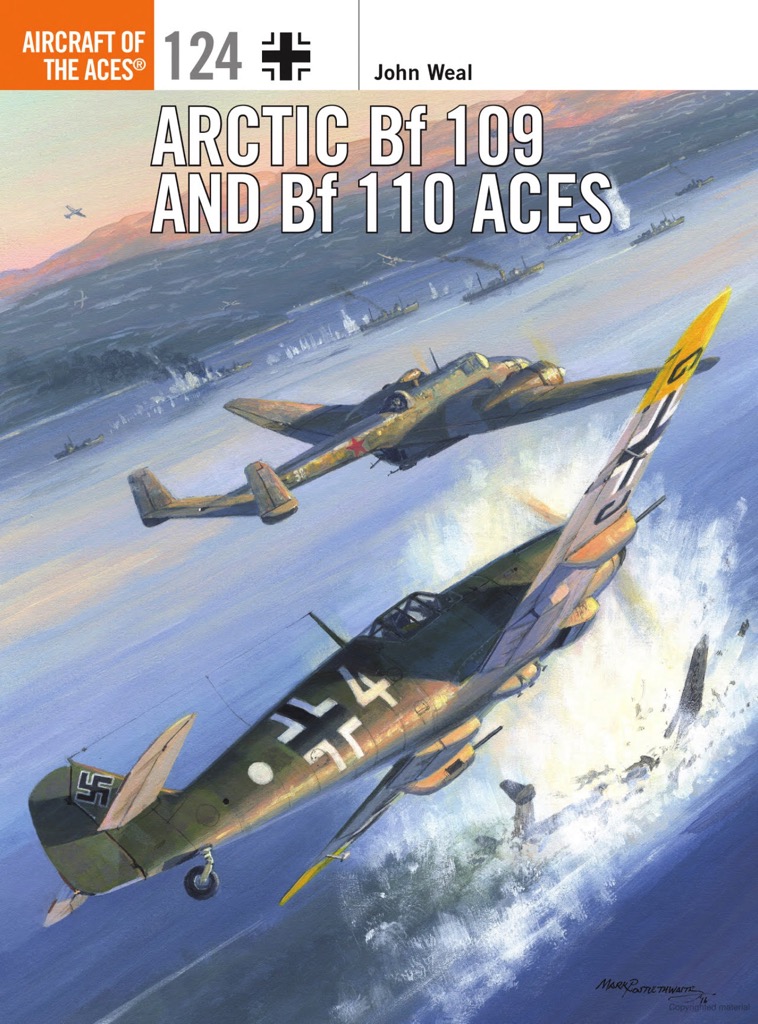 Manufacturer: Osprey Books
Stock Number: OSP ACE124
View all products of type "Me-110"
View all products of type "Me-109"
Once Nazi Germany had conquered Norway in 1940, just a handful of Gruppen flying the Bf 109 and Bf 110 fighters were able to shatter all opposition and dominate the air in the Arctic Circle. Yet as the dual threats of the RAF and the Red Air Force grew, the Luftwaffe was forced to increase its fighter presence to full Geschwader strength with the formation of JG 5 Eismeer (Ice-sea) in early 1942.

The struggle for the frozen skies of the arctic raged on until the end of the war as the embattled JG 5 produced some of the Eastern Front's leading aces, pilots of the calibre of Theodor Weissenberger, Heinrich Ehrler, Walter Schuck, Franz Dorr and Jakob Norz all achieving over 100 kills. Featuring first-hand accounts from the pilots, extensive research from a leading authority on the Luftwaffe, and illustrations of the aircraft in unique winter camouflage, this book is a comprehensive guide to the Arctic Experten and the planes they flew.