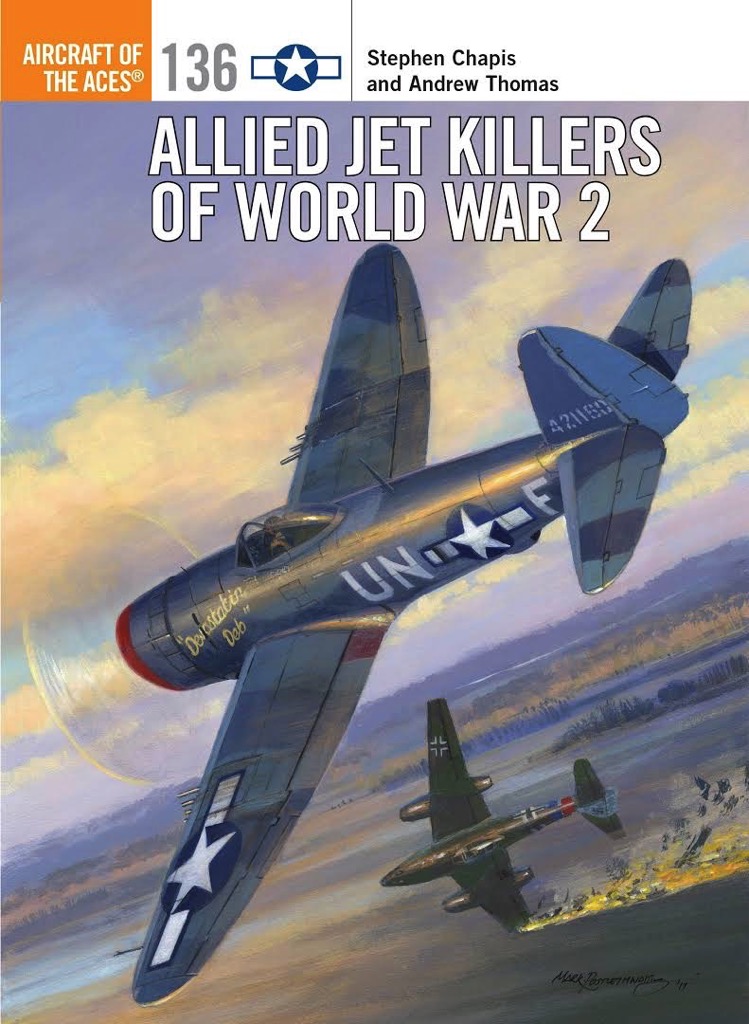 Manufacturer: Osprey Books
Stock Number: OSP ACE136
View all products of type "Aces"
Allied fighter pilots began encountering German jets - principally the outstanding Me 262 fighter - from the autumn of 1944. Stunned by the aircraft's speed and rate of climb, it took USAAF and RAF units time to work out how to combat this deadly threat as the Luftwaffe targeted the medium and heavy bombers attacking targets across the Reich.

A number of high-scoring aces from the Eighth Air Force (Drew, Glover, Meyer, Norley and Yeager, to name but a few) succeeded in claiming Me 262s, Me 163 and Ar 234s during the final months of the campaign, as did RAF aces like Tony Gaze and 'Foob' Fairbanks. The exploits of both famous and little-known pilots will be chronicled in this volume, detailing how they pushed their P-47s, P-51s, Spitfires and Tempests to the limits of their performance in order to down the Luftwaffe's 'wonder weapons'.